How Corinne Olympios Is Coping With Bachelor in Paradise Investigation 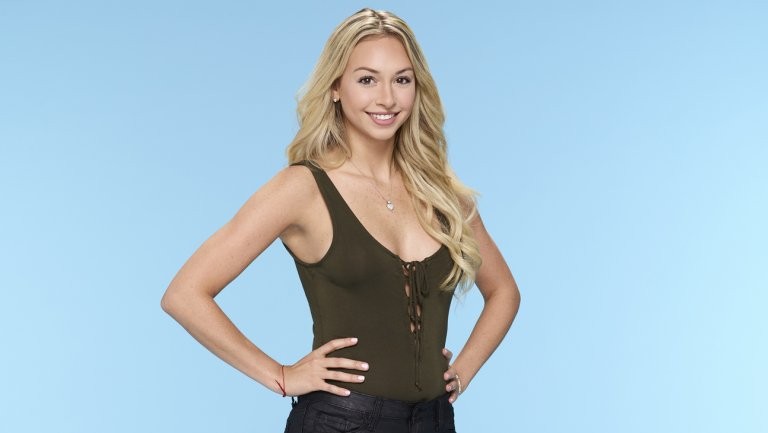 Corinne Olympios is living out her worst nightmare.

As Warner Bros. continues investigating an alleged sexual encounter between Bachelor in Paradise star Corinne and fellow contestant DeMario Jackson, a source tells E! News exclusively that the whole ordeal has “really taken a toll” on the 24-year-old Miami native.

The insider says Olympios, who first appeared on Nick Viall‘s season of The Bachelor earlier this year, is having trouble eating and sleeping. “She’s crying every day,” our source adds. Luckily, Olympios is leaning on her family and friends who have “really been there for her and helping her get through this.”

With some Bachelor franchise viewers pointing out Corinne’s presumed party girl tendencies, the source insists she’s never found herself in a situation this serious.

“Corinne has never been in a state like that,” the source says, referencing the incident that pushed two producers to file separate misconduct complaints. “Yes, she’s from Miami and she can party but never like that. It’s really scary.”

The insider explains, “Basically, moments of her life were erased. She was in no position to make any decisions especially about her body.”

In her first statement following news that production on Bachelor in Paradise suddenly halted, Olympios shared, “I am a victim and have spent the last week trying to make sense of what happened the night of June 4. Although I have little memory of that night, something bad obviously took place, which I understand is why production on the show has now been suspended and a producer on the show has filed a complaint against the production.”

She continued, “As a woman, this is my worst nightmare and it has now become my reality. As I pursue the details and facts surrounding that night and the immediate days after, I have retained a group of professionals to ensure that what happened on June 4 comes to light and I can continue my life, including hiring an attorney to obtain justice and seeking therapy to begin dealing with the physical and emotional trauma stemming from that evening.”

Hours later, DeMario Jackson released a statement of his own slamming the accusations made against him.

“It’s unfortunate that my character and family name has been assassinated this past week with false claims and malicious allegations,” the 30-year-old said in a statement via his publicist, Eve Sarkisyan-Nunn. “I will be taking swift and appropriate legal action until my name is cleared and, per the advice of legal counsel, will be seeking all available remedies entitled to me under the laws.”

Olympios has yet to weigh in on Jackson’s involvement in the investigation, but our source tells us, “It’s not about him. It’s bigger than that.”

ABC cameras are expected to head back to Mexico in the near future to film Bachelor in Paradise couple Evan Bass and Carly Waddell‘s beachfront wedding. It’s unclear which, if any, of their castmates will attend, and what capacity the footage will be used in.