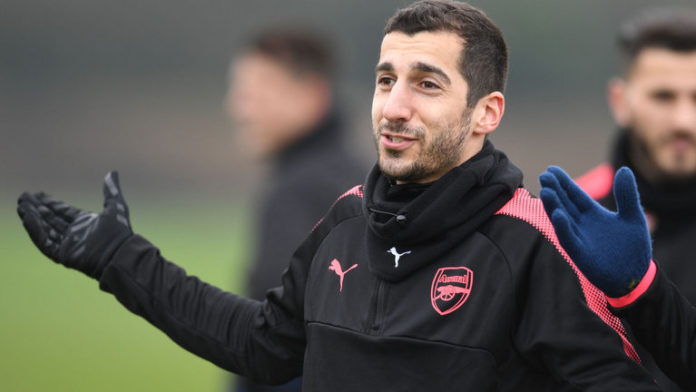 Henrikh Mkhitaryan believes a top-four finish in the Premier League is still possible for Arsenal.

Arsenal’s place in the Europa League’s last 16 is all but assured after a 3-0 victory in their round-of-32 first leg against Ostersund last week. Winning the Europa League would earn qualification for next season’s Champions League.

However, Mkhitaryan insists Arsenal can secure Champions League qualification through a top-four finish in the league.

“Of course, it [Europa League] is very important, but I wouldn’t say we stop ourselves from saying we are going to compete in the top four,” he told ESPN.

“We are still in the competition because in the English Premier League anything is possible.

“Maybe sometimes, teams can lose two, three times in a row and we win our games so anything is possible.

“We are trying to win every game in every competition and, of course, we will be glad if we can win the Europa League as well, but if we can be in the top four, it will be even better.”

Mkhitaryan, who won the Europa League with Manchester United last season, admits he is motivated by the prospect of winning the trophy twice in consecutive seasons.

“Yes why not?” he said. “It’s always a pleasure to win trophies and it will be even better to win twice in a row.

“It’s not easy as you see there are a lot of good teams in this competition; we have to fight in every game, every minute to show up that we have to win that.”

Arsenal host Ostersund in the second leg in the Europa League on Thursday night.

Harry Kane my pick ahead of Cristiano Ronaldo