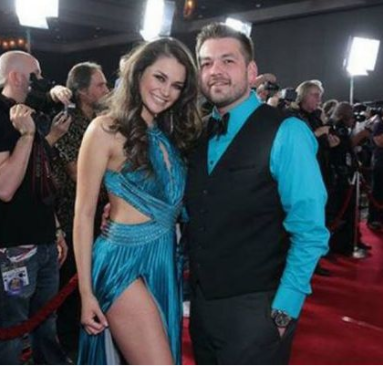 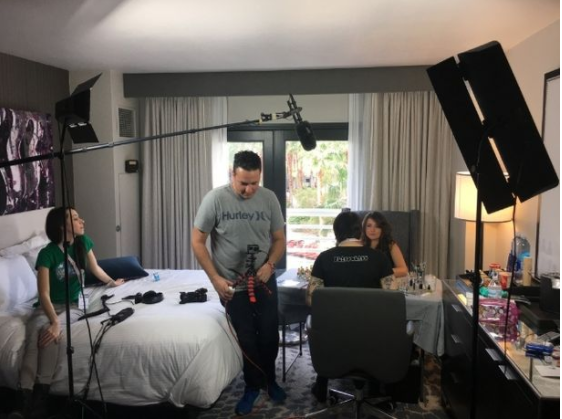 “There are times that she has been offered to do certain movies or whatever and I am just not very comfortable. I mean, yeah, it’s a different job than being a receptionist or something, but at the end of the day you can’t base a relationship around each other’s career.”

Mike was not aware of Allie’s career when they first met, and although it came as quite a shock, he admits that he found it ‘pretty cool’. Mike has never been on set with Allie, he says whilst he caught glimpses of her videos in the very early stages of their relationship, he soon stopped watching them when things began to get more serious.

He said: “I don’t watch her videos. Nothing against them I’ve just got her right beside me so I don’t feel the need to.”

Allie added: “Yeah when we first got together he didn’t really realise – like knowing I’m an adult film star is one thing, and then knowing how popular I am and how active I am – he didn’t know a lot of that.”

The couple claim that they avoid talking about what Allie has done on set in detail – although she will occasionally use it to her advantage by discussing her job when she returns home so as to get him turned on.

Allie said: “Definitely before I leave, Mike is always like, ‘What are you working on today?’ and I’m like,’Oh, boy-girl, girl-girl’.

“When I come home from work, we don’t necessarily talk about the day. But it depends too, like as a woman and as a spouse, I know what would turn him on. So yeah, maybe I come home and tell him stories to my advantage to get some, sometimes. Depends on what the scene is. I know what he likes to hear about. Maybe he gets annoyed with the fact that I want to have sex all the time but other than that, I think we’re pretty good.” 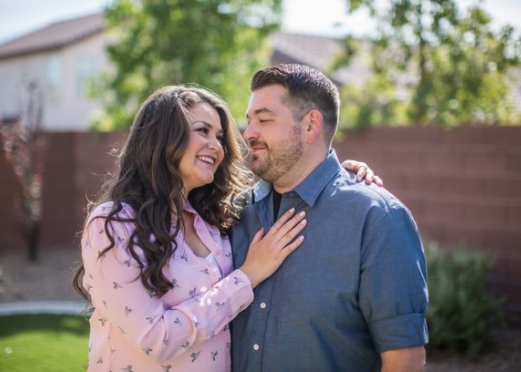 Mike admits that he was nervous when he had to tell his mother about Allie’s profession not knowing how she would respond.

“I choose my partners and most of them I work with are married with co-workers of mine. I love my job. I’m very very lucky and super blessed to have a career that I love going to,” Allie said.

Mike said: “I love Allie very much, to the moon and back.”

These 4 Online Jobs Will Let You Work From Home. Here’s How to Apply
I always make men happy’- Escort with 40EE breasts who was filmed recently at a sports club sex party, brags!
‘My husband tied me to tree’
Female porn star, August Ames who has starred in over 270 adult films, found dead at 23 (Photos)
2 men arrested for murder of 26 Nigerian girls, women killed in In Italy sea
VP Osinbajo takes selfie with market women and children at Ikenne
Nigerian student jailed for raping 12-yr-old girl in the UK Another Nigerian student in a UK university has been sentenced to five years in prison for raping a 12-year-old girl he met on the Internet.
‘When I got into the industry and found fame, I became irresponsible’ – Actress, Toyin Abraham
Photo: Two Nigerian men arrested with fake South African passports in Thailand
‘It’s better to be single than being in a relationship where you still feel very much alone’ – Omowunmi Akinnifesi advices Ladies
Militiamen jailed in DR Congo’s Kavumu for raping 40 children
Tyrese threatened The Rock’s daughters on social media
Kevin Spacey ‘House of Cards’ actor comes out as gay, apologizes after misconduct accusation Kevin Spacey came out as gay early Monday and apologized to actor Anthony Rapp, who accused the Hollywood star of making a sexual advance on him at a 1986 party.
Khloe Kardashian Is Behind Your Favorite Kris Kardashian Meme
4 Unconventional Ways Celebs Are Wearing Coats
Security guard caught on video having sex with an employee in public