A security guard was caught on video having sex with an employee at a JobCentre in full view of a block of flats.

He is seen passionately kissing a woman who then bends down to perform oral sex on him. The security guard is an employee of the security giant G4S. He was in a white shirt with a G4S logo. The woman is thought to work at the JobCentre and had a security pass around her neck. 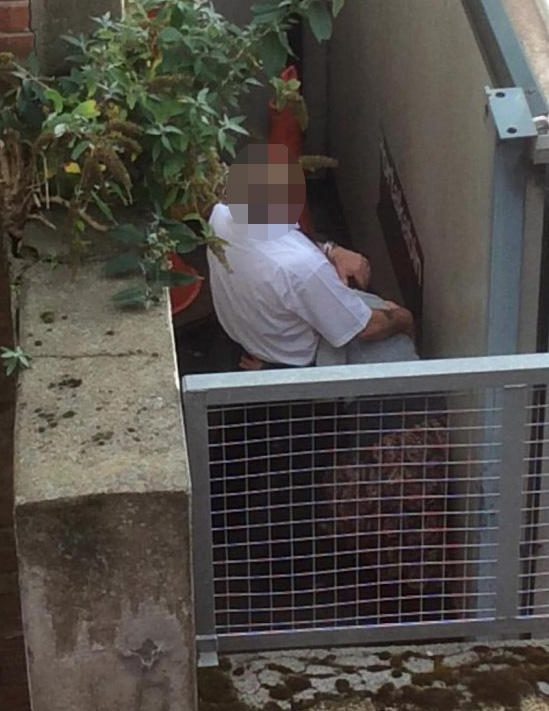 The six-minute sex romp took place in a yard behind the JobCentre in Hull city centre on Monday at lunchtime.

A local resident said: “They were kissing very passionately and it quickly developed into heavy petting. It was inappropriate.” 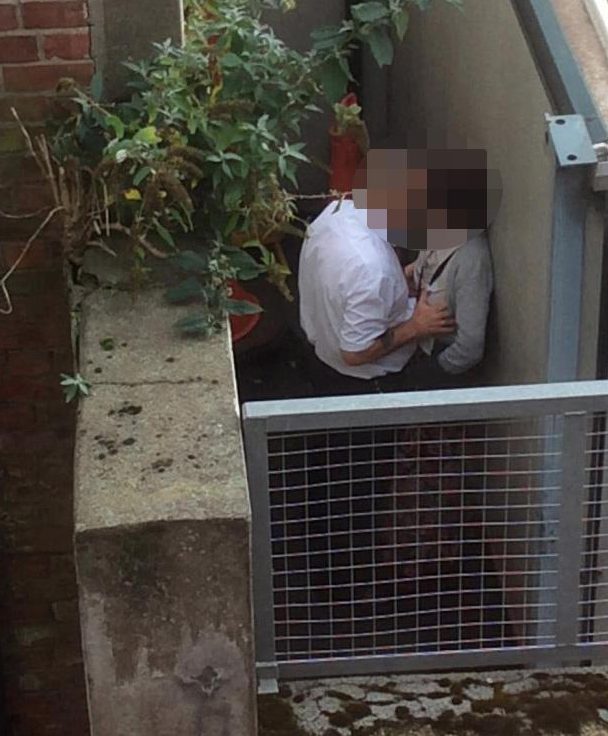 G4S later confirmed the guard works for them.

Operations director for G4S service partnership, Craig Price, said: “We are investigating. We will take further action as required.”

The Department for Work and Pensions said the woman works for them, and it was also probing the incident. 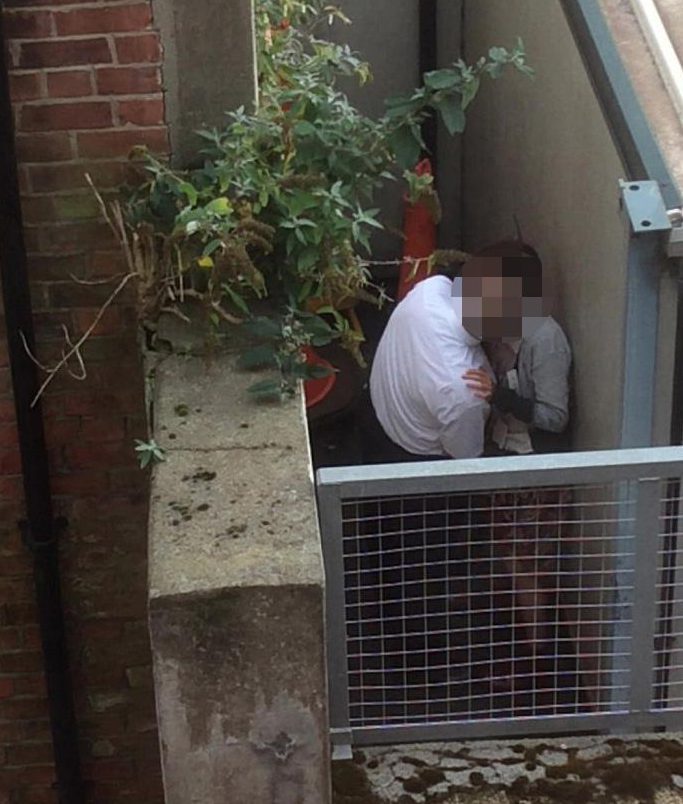