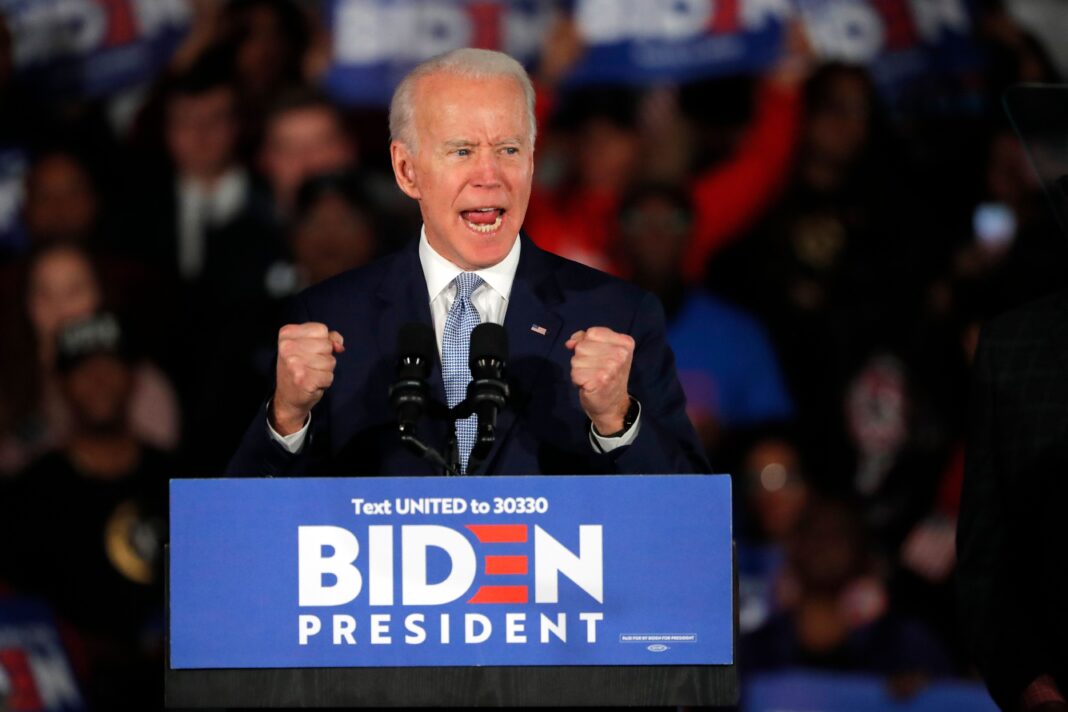 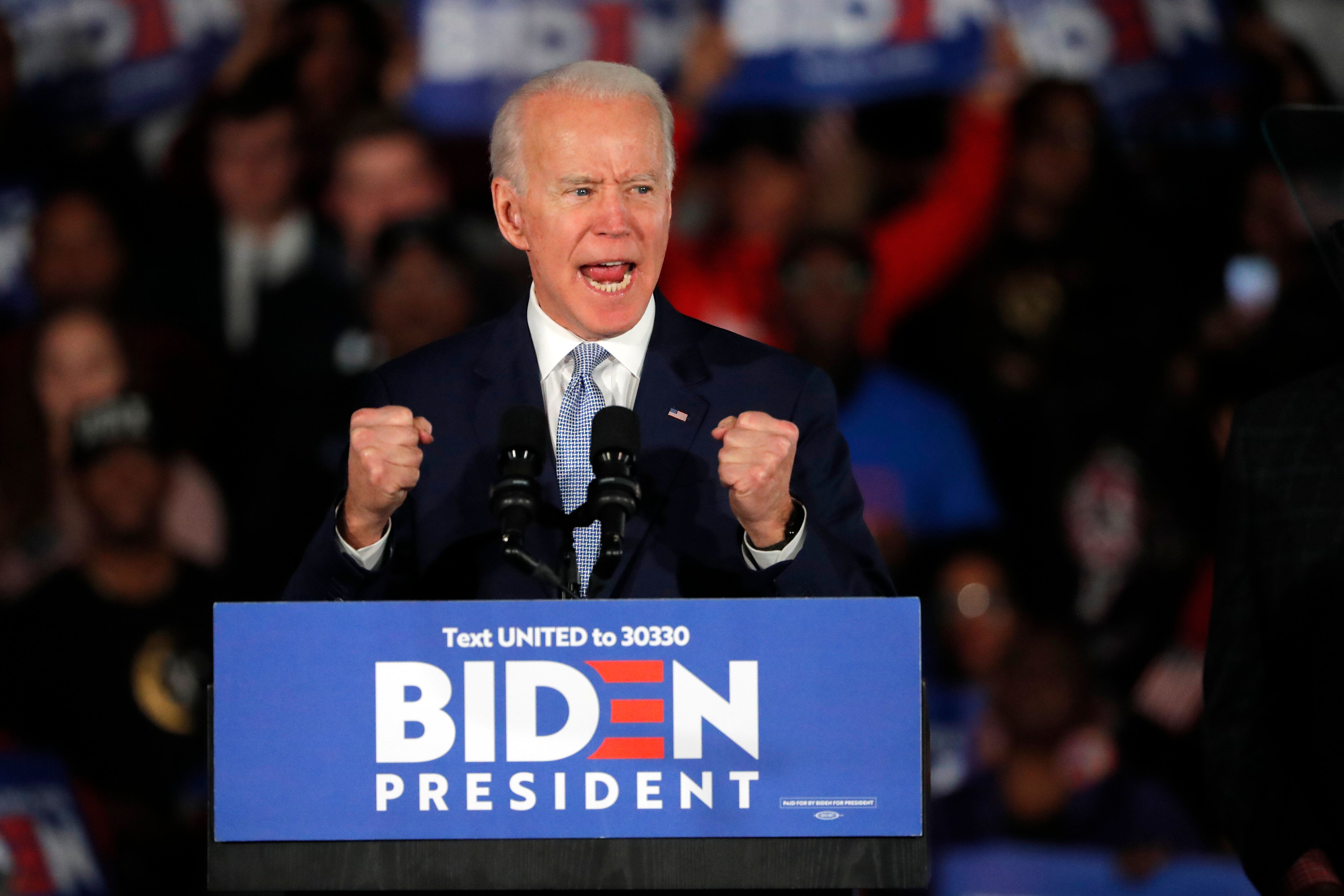 Former Vice President Joe Biden declared his overwhelming victory in the South Carolina primary with a forceful message for Democrats: that the party would lose “big” if Sen. Bernie Sanders (I-Vt.) won the Democratic nomination.

“The decisions Democrats make all across America in the next few days will determine what this party stand for, what we believe and what we will get done,” said Biden, who was declared the winner of the South Carolina primary within a minute of the polls closing Saturday night. “We have the option of winning big or losing big.”

It was an energetic speech from Biden, who has been dinged on the campaign trail for an apparent inability to spur the same enthusiasm and movement-style politics as Sanders. The senator won the popular vote in Iowa, the New Hampshire primary and had a blowout victory in the Nevada caucuses.

Biden didn’t name Sanders in his victory speech. But it was clear he was talking about the senator, who has surpassed Biden in national polls. Sanders is also poised to win big on Super Tuesday, when 14 states vote and one-third of the delegates deciding the Democratic nomination will be up for grabs.

“Democrats want to nominate someone who will build on Obamacare, not scrap it, take on the NRA and manufacturers, not protect them, stand up and give the poor a fighting chance and the middle class get restored, not raise their taxes and not keep the promises,” Biden said, taking aim at Sanders’ signature plan to move every American to a single government-run health insurance plan and the senator’s votes in the early 2000s in favor of protecting gun companies from lawsuits.

Biden ended his speech with one more poignant attack on Sanders’ lifelong position as an Independent in Congress, and as a democratic socialist who has been critical of the Democratic Party.

“If the Democrats want a nominee who is a Democrat, a lifelong Democrat, a proud Democrat, an Obama-Biden Democrat, then join us,” the former vice president said to roaring applause.

For weeks, Biden has been making the case that his candidacy would be the most strategic for Democrats, particularly that he can help Democrats win down the ballot in competitive House and Senate races. He has also argued that Sanders’ democratic socialism is too big a risk for the party.

Sanders congratulated Biden from a rally in Virginia Beach on Saturday night, telling his supporters that “you can’t win them all.” His campaign said it was “confident” in its ability to meet the threshold to win some delegates in South Carolina but already had set its sights on Super Tuesday. Sanders spent the last week campaigning in California, Texas, Virginia, North Carolina and South Carolina.

Biden’s campaign ― which has been holding out hope that a big win in South Carolina would give the former vice president the momentum he needs to win in states across the country ― has said from the beginning that it’s important to restore the “soul of the nation” against Donald Trump’s administration. On Saturday, Biden rephrased: His campaign also wants this election to be about the soul of the Democratic Party.

And that, according to Biden, comes down to a race between him and Sanders.