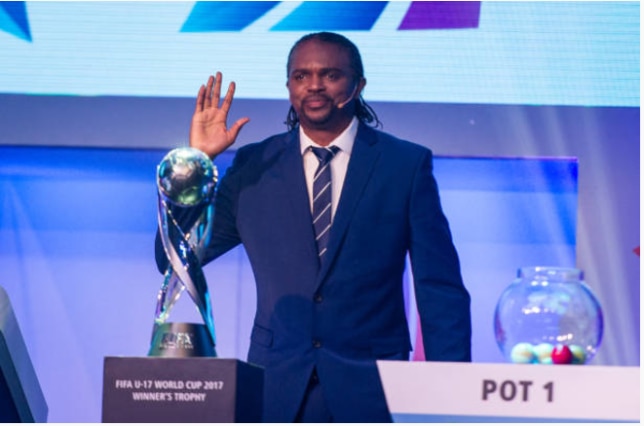 On his way to Russia, Kanu Nwankwo discovered he has been robbed of a substantial amount of money.

Kanu was reportedly on his way to Kaliningrad one of the venues for the 2018 FIFA World Cup where he was robbed of US$11,000 which is approximately equal to N4 million.

The robbery was reported by Russian News Agency, TASS who revealed that Kanu was on his way to Russia from London where the unfortunate incident occurred.

How Kanu Nwankwo was robbed in Russia

The report also states that the Super Eagles ex-captain was due to play for the FIFA legends team in a World Cup formality match and also attend the World Cup group D fixture between Nigeria and Croatia on Saturday, June 16.

play Kanu has reportedly been involved in a robbery incident. (Getty Images)

He reportedly was travelling on a British passport and discovered that the money was missing from his baggage when he arrived at the Khrabrovo airport.

The report also states that a couple of the airport staffs have been brought in for questioning as suspects.

There has not been an official statement from Kanu or his representatives to confirm or deny the actual events at the time of this report.

The former Arsenal forward represented the Super Eagles in 1998, 2002 and 2010 World Cup tournaments.