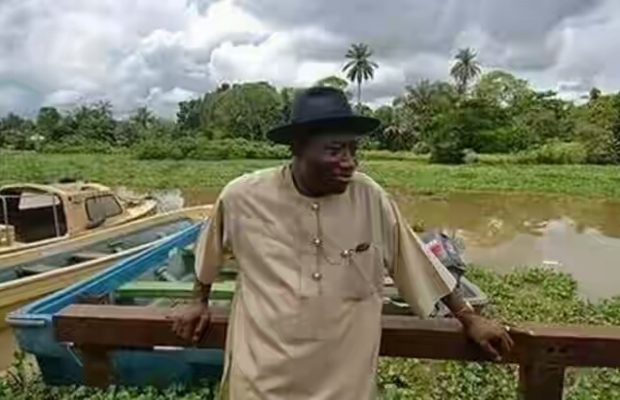 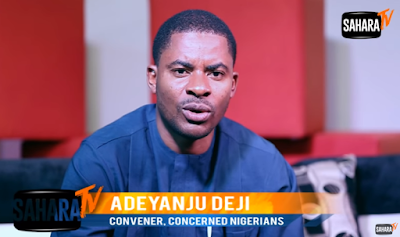 Former PDP youth leader and convener of the Concerned Nigerians, Deji Adeyanju, says former president Goodluck Jonathan is broke. Speaking in a recent interview with Sahara Reporters, Deji said Jonathan has complained he doesn’t have money. He refuted claims that the former president was a corrupt leader.

“The former president is a simple man and he is very trusting. The problem was that he trusted too many people and those people did not live up to the expectation. Personally, I do not think that the former president is corrupt. But there were too many corrupt people around him. Now, he complains that he doesn’t have money. So if a former president can be complaining all the time, not just once, not twice…..he complains frequently. Its a very complicated thing. We did our best and offered the counsel we could give but things turned out the way they did”he said
Deji commended the APC government for the ongoing war against Boko Haram and also for the return of the abducted Chibok girls which according to him, his party which is the PDP could not accomplish.
“No doubt they have tried in the war on terror Again we could not bring back any of the girls and they have brought out some of the girls. I believe that the girls were kidnapped. When it first happened I had my doubts because of the circumstances of the principal and her story not adding up but when the girls came to the villa, the ones who escaped, I saw them and I connected immediately. Infact, I came to social media to apologise that if I had raised some doubts, I was very sorry. I apologised to the Bring Back Our Girls people and I urged them to stand firm and I think those giving this conspiracy theory that the girls are looking well fed and that the girls were hidden in a politicians house…these are not necessary. These girls were taken. and we should stop politicizing the agony of the family”he said
Watch the interview here