Five Reasons why Food Prices will be on the Increase in 2022? 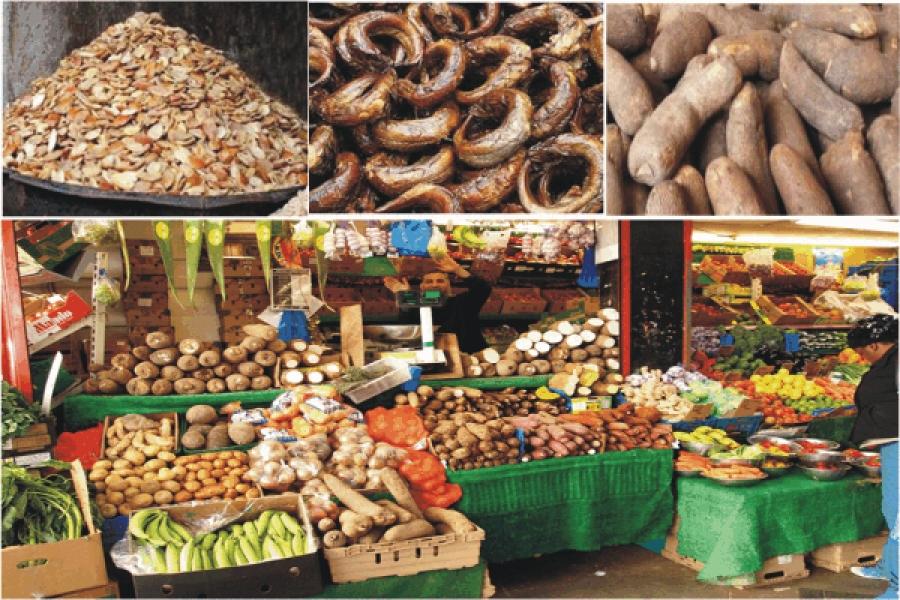 Food inflation in Nigeria has recently increased, reaching 17.7 percent and 18.37 percent in March and April 2022, respectively. Caused by factors other than the pandemic. Food prices have risen globally in recent years, beginning with the coronavirus pandemic, which rendered farmers and food-producing companies unable to cultivate and produce enough food. Many food manufacturing plants ran out of raw materials as a result of this and other reasons.

Farmers have since returned to the fields, and factories have reopened, but food prices continue to rise, what are the reasons for this?

The following are the major reasons that have contributed to the country’s high food prices:

Also read: Who Is Kavan Smith? 6 Things To Know About The Hallmark Channel Star

Covid-19: As a result of the covid-19 pandemic, global food prices began to rise in mid-2020, straining the supply chain. Farmers dumped milk and allowed fruits, grains, and vegetables to rot due to a lack of available truckers to transport goods to market as a result of the pandemic that ravaged the world. For over six months the world was kept stilled and inactive no movement.

Insecurity: Aside from the over a decade-long Boko Haram insurgent crisis ravaging Nigeria’s North-East, ethnic conflicts and banditry across the country’s North-central states have also taken a toll on the regions, killing thousands and displacing millions, mostly farmers. This has put a strain on regional food production as farmers cannot go to the farm and return back in one piece. Any attempt to encourage farmers to go to farm these days is met with questions like what happens to us when we get attacked on the farm. Right now, the security agents do not even have an answer to the basic farmer’s questions.

Due to the significant reduction in food production, the country’s obvious insecurity issues have resulted in an acute rise in food prices to date.

Also read: Why Becoming A Mother Was So Important To Kehlani

Prices of staple foods such as rice, beans, yam, vegetables, and poultry products, among others, have risen, leaving millions of Nigerians unable to adjust.

The heinous activities of herders, kidnappers, bandits, and Boko haram have displaced farming communities, disrupted markets, and limited agricultural production, as most farmers abandoned their farmland and fled to other regions for safety.

Farmers in these affected areas now have limited access to regional markets and find it difficult to visit their farms due to fear of being kidnapped or killed.

Boko haram was responsible for 32-48 thousand deaths in Borno state alone between 2011 and 2021, which is the country’s largest wheat-producing state. Wheat production has remained comatose since then.

While State production used to account for approximately 30% of national wheat production, it now contributes almost nothing to the total of approximately 420,000 tons, representing a 4.5-million-ton shortfall in national consumption.

Foreign exchange issue: Nigeria has struggled for years to meet the high demand for foreign exchange required for importation. The government’s strict capital control policies have not helped much.

As a consumer economy that relies heavily on imports, currency scarcity helps drive commodity prices, particularly food prices, because dollars are required to purchase commodities such as wheat, maize, dairy products, and other products that Nigeria primarily imports. As of Thursday, the black-market dollar-to-Naira rate was 614 and the official rate was 415, down from around 200 in 2016.

Electricity scarcity: The nation’s power has gone out at least five times since the beginning of 2022. This poor utility performance has been attributed by experts to theft of grid equipment, weather, gas supply, insufficient funding, and the age of the grid infrastructure. Because of the erratic power supply, business owners (food processing and manufacturing companies) have been forced to seek alternative, but more expensive

means of powering their tools in order to prevent food spoilage throughout the agricultural value chain, resulting in high food production, supply, and, undoubtedly, high food prices on market shelves.

Poor Fitness Red Flags You Should not do

7 Healthy Tips To Get Rid Of Bad Breath

How to create an easy-to-follow night routine