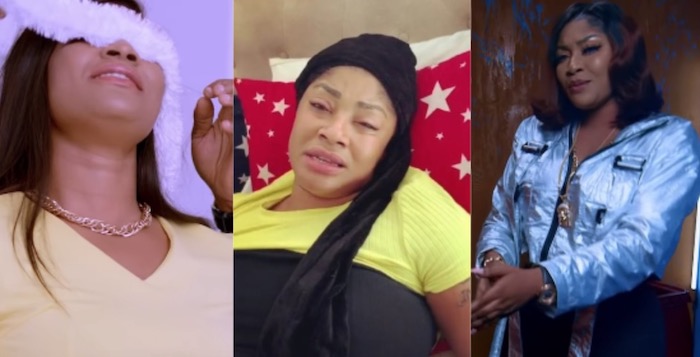 Barely 10 days after Nollywood actress, Angela Okorie revealed that she was

attacked by robbers, and 10 bullets were removed from her head, she has taken the music

industry by surprise, and released a new video, and titled it with her popular slogan, “E Pain Dem”.

The actress, who has been a trending topic on Social Media, especially Instagram,

after she survived the attack, may just have decided to mock her attackers and also people who doubt the authenticity of her survival.

Her video was released some 23 hours back, and it has at this moment over

a hundred thousand solid views on Youtube alone, and not only that, it has also been a talk of town, as many of her fans, and non-fans have had some things to say about the video.