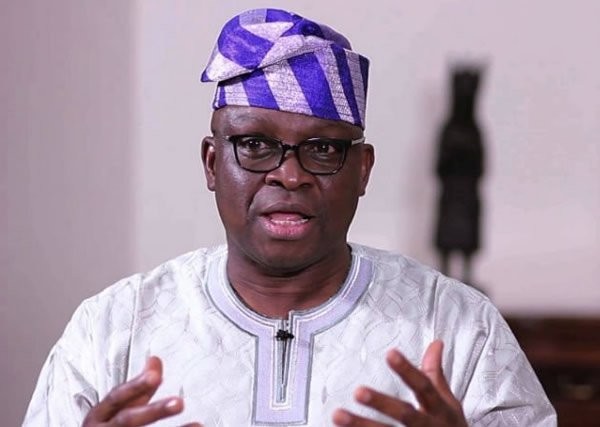 Ekiti state governor, Ayo Fayose has once again criticised president Buhari’s anti terrorism efforts. He alleges that the fight against insurgency has become a business because those benefiting from Internally Displaced Persons scams and payment of ransom (in dollars) to free those abducted by the Boko Haram insurgents, among others, would never wish to see the end of the insurgency.

He also questioned the decision to withdraw $1billion from the excess crude account to fight an enemy the government says it has defeated. He said these in a statement issued by his Special Assistant on Public Communications and New Media Lere Olayinka which reads:

“Painfully, it appears we will have to live with Boko Haram for a very long time because waiting for President Muhammadu Buhari-led Federal Government to save Nigerians is a waste of time.

“As long as the fight against Boko Haram remains a business venture, providing cheap money for top officials of this government, the insurgency will continue.

“President Buhari must, therefore, look inwards and purge his government of those benefitting from the insurgency if indeed he desires that it should end.”