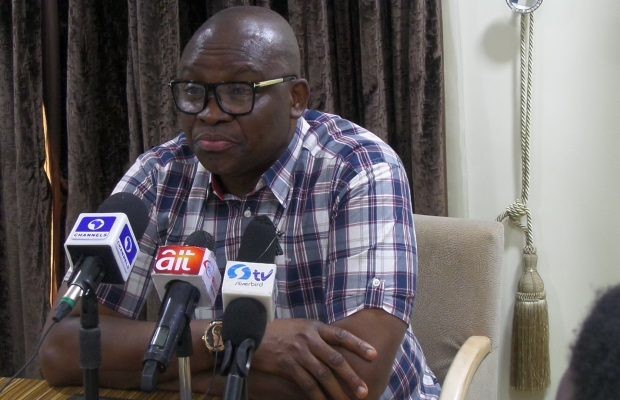 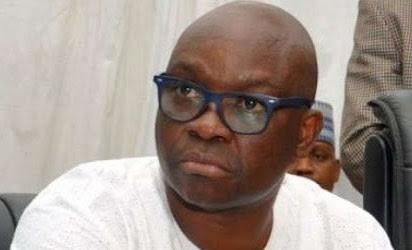 Pan-Yoruba group, Afenifere in Ekiti state, has asked the state governor, Ayo Fayose, to desist from his continuous attack on President Buhari and face governance in his state. Fayose who is a chieftain of PDP, has been very critical of the Buhari-led administration.

Few days ago, he called for the resignation of President Buhari over his failing health. In a statement released by the its chairman, Yemi Alade, and Publicity Secretary, Biodun Akin-Fasae, the group described Fayose as a parrot who must talk at all times. They asked him to face the issues confronting his state, particularly the lingering fuel scarcity owing to his dispute with Independent Petroleum Marketers Association of Nigeria, IPMAN. The statement in part reads

“It is shameful that Ekiti has become a butt of uncanny jokes and fast sliding to be a pariah among other states in Nigeria despite its God-given endowments. Currently the economic activities of the state has run berserk due to executive misapplication of strategic management of human and business relationship. Now, no one is sure of what happens next because of the misunderstanding between government and fuel marketers which has now degenerated into chaos.  And this has been going on for two full weeks now and unfortunately, government is feeling comfortable and justifying its strategy by pulling down several of the fuel stations for flimsy excuse which not a few have interpreted as mere political vendetta and mere braggadocio on the part of the government. Our suggestion is that impunity to destroy economic livelihood of people should stop because we believe that no fuel marketer approved for himself the construction of any filling station. Government did. And if government would now change its mind, then a process of discussion and negotiation should be put in place rather than just breaking of the extant laws. This is what is called executive recklessness and this is very unacceptable. We wonder the whereabouts of Governor Ayo Fayose during the celebration of Democracy Day, a national activity. He was conspicuously absent from Ekiti for days only to resurface to abuse President Muhammadu Buhari requesting him to resign because of ill-health.”
“Our governor is now a parrot who must talk at all times in and out of season; we believe that Mr. Governor should devote more time to think on how to move Ekiti forward instead of focusing and dissipating his energy on irrelevant issues. Afenifere also wish to sympathize with Ekiti workers that none of whom has received any salary this year, some since October 2016. And yet the governor feels unconcerned so far he can dole out a thousand Naira and a cup of rice to the famished workers in the name of his stomach infrastructure, which many have described as a fraud.”
Share
Facebook
Twitter
WhatsApp
Pinterest
Linkedin
ReddIt
Email
Print
Tumblr
Telegram
Mix
VK
Digg
LINE
Viber
Naver
Previous articleBehold the £10 million Rolls Royce
Next articleTennis star, Maxime Hamou apologises for kissing female reporter on live TV