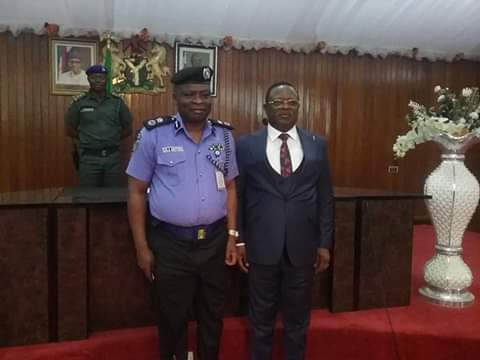 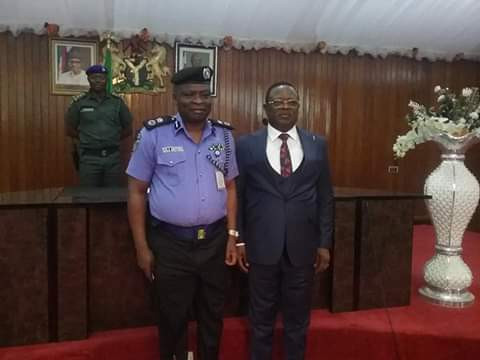 Ebonyi State Governor, David Umahi has directed the Commissioner of Police, Mr Awosola Awotunde, to fish out the criminal suspects, who allegedly inserted a hot-iron inside the private part of the Vice Chairman of Ikwo Local Government Area of the state.

Governor Umahi, who gave the directive on Thursday, when the new police boss paid him a courtesy visit at the Government House, Abakiliki. Umahi, expressed bitterness over the incident, and described it as “barbaric”.

“The hoodlums inserted a hot-iron inside the private part of the vice chairman, while they cut the tendons of some men in the area. I have demanded for the immediate arrest of the perpetrators and would never allow the matter to go untreated. I will follow the matter up to any level, even reporting it to President Muhammadu Buhari because the victims were actually kidnapped,” he said.

The governor said that he always insisted on fairness and justice to all and had never abused his office to order that anyone be punished unjustly.

“I have always maintained that whether it is the Peoples Democratic Party or All Progressive Congress, among others, the life of every human being is important to us.
“I hate to see blood and your officers can attest that I have never supported evil,” he said.

Umahi said that he had always propagated the philosophy “that all perpetrators of evil must be arrested and prosecuted, even if they are my brothers or sisters.”
He pledged to cooperate with the new CP but insisted that his work would only be made tedious, “if a man is made a woman.”

“Where there is fairness, there is no crisis as someone without a gun can neutralise another with a gun by insisting on his right, which should not be matched upon.
“The main opposition party in the state boasts it would write the election result and use the federal might on us but I declare that we pay the federal might.
“Everybody owns the federal might and the present Inspector-General of Police and the Director-General of the Department of State Service (DSS) do not break the law.
“We have actually prepared for this election with anti-terrorism trainings to guard against intimidation of the common man in the state,” the governor said.