Donald Trump unleashes on Twitter, says his executive order on travel is a ‘Travel Ban’ 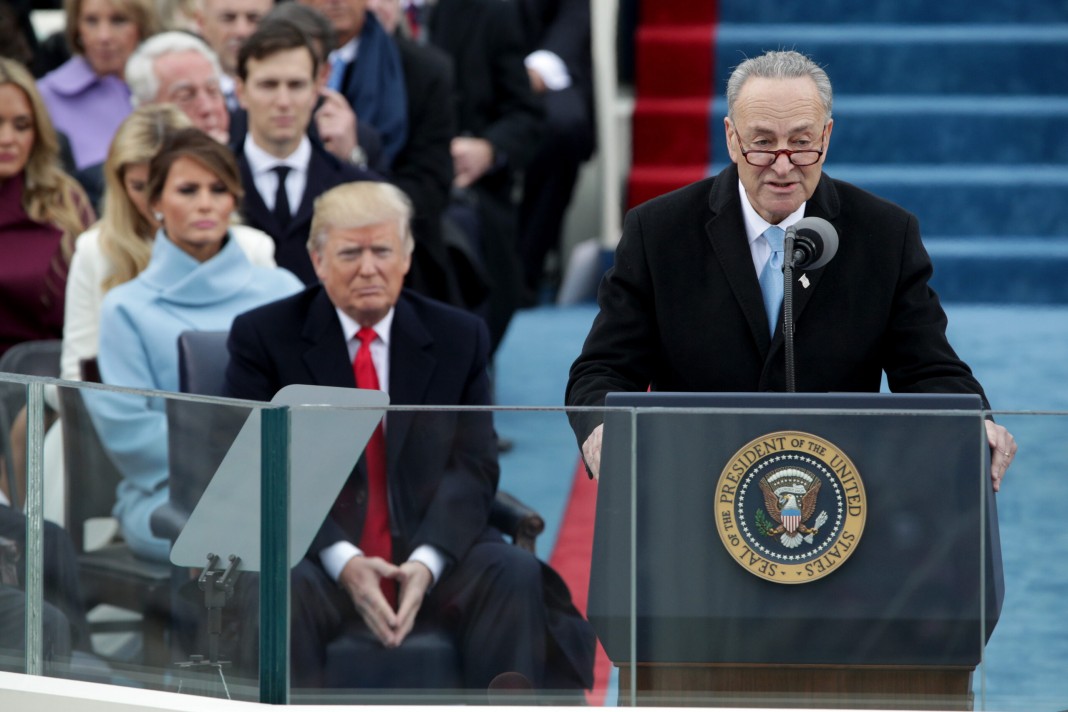 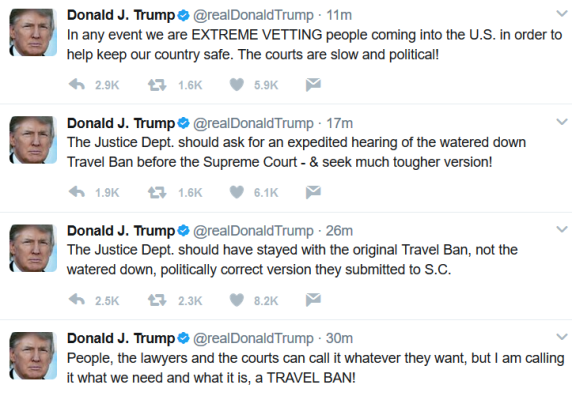 The president’s lawyers and aides have always said Donald Trump’s executive order trying to stop some individuals from some Muslim countries from coming into the US is not a travel ban but instead called it extreme vetting but keep Americans safe, but Donald Trump took to Twitter to this morning to make it 100% clear. He called it a travel ban as he unleashed on lawyers and the courts.