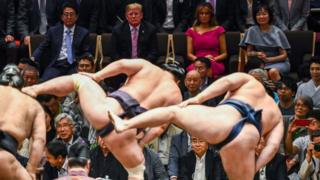 US President Donald Trump has attended a sumo wrestling tournament during his four-day visit to Japan, describing the event as “an incredible evening”.

Mr Trump and his wife, Melania, sat alongside Japanese PM Shinzo Abe for the Summer Grand Sumo Tournament in Tokyo and Mr Trump later presented a prize to the winner. 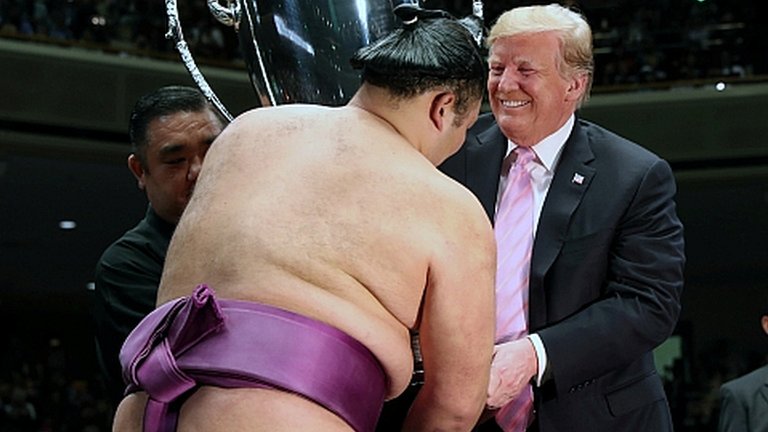