Boy who died after detention 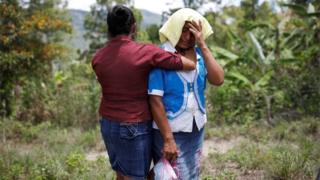 The funeral has been held for Wilmer Josué Ramírez, a migrant boy aged two and a half, who died after being held in US custody with his mother.

Doctors said he died of pneumonia.

He is the youngest of six children to have died since December either while in US detention or shortly after being released or transferred to hospital.

His mother is reportedly still being held in US custody and could not attend the funeral, which was held in their hometown of Olopa in eastern Guatemala.

More than 300,000 people were apprehended at the US-Mexico border between January and April, according to official statistics, with numbers rising every month.

The increase comes as US President Donald Trump has vowed to clamp down on illegal immigration at the southern border.

Wilmer Josué Ramírez died on 14 May. He had been detained along with his mother near the Mexican border city of Ciudad Juárez, one of the main crossing points into the US.

His body was repatriated to Guatemala so he could be buried in his hometown.

A neighbour of the family in the small town of Olopa told Reuters news agency that Wilmer’s mother had decided to migrate to the US because she had “realised that her son had special needs and that if she stayed here she would not be able to treat him due to lack of money”.

Relatives carried his coffin through the dirt roads leading to the local cemetery.

The death of Wilmer Josué Ramírez comes five months after an investigation was first launched following the death of another Guatemalan child detained by US Border Patrol.

Seven-year-old Jakelin Caal Maquin died in custody after crossing the US-Mexico border with her father in December. Her body was also taken back to Guatemala and she was laid to rest in in her home village of San Antonio Secortez on Christmas Day.

US officials say they do not have the facilities to handle the rising numbers of migrants, mainly from Guatemala, Honduras and El Salvador trying to cross the border.

Rights groups and international charities have condemned the treatment of migrants at the border and the Congressional Hispanic Caucus, a group of 38 Democratic members of the US Congress, have demanded a federal investigation into the child deaths. 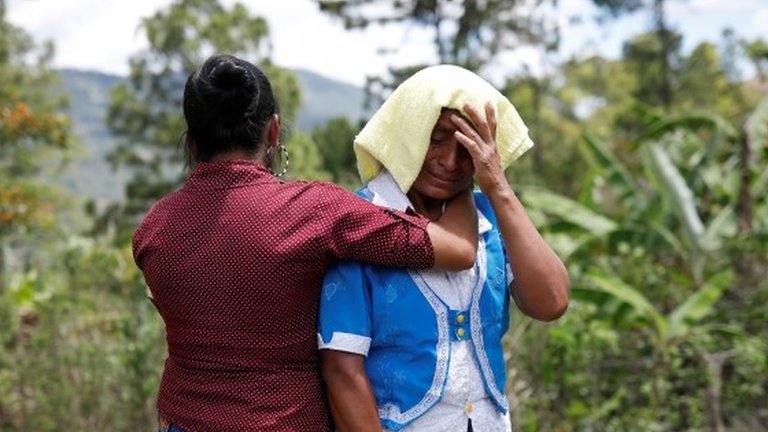