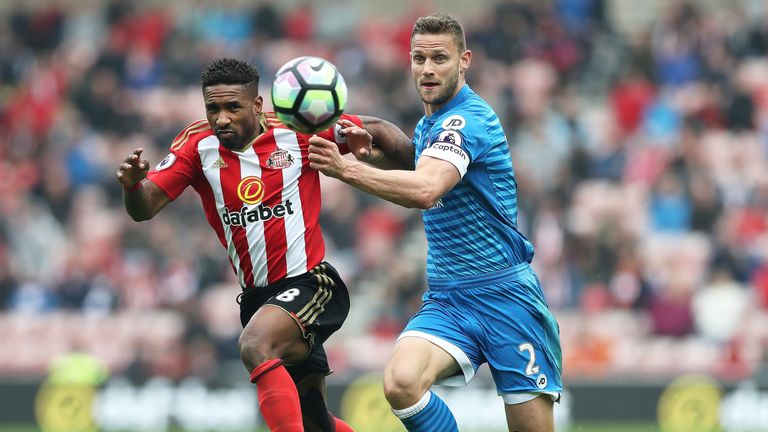 Bournemouth have completed the signing of Jermain Defoe from Sunderland on a three-year deal.

The 34-year-old agreed terms with Bournemouth last month, according to reports, with his Sunderland deal including a clause that allowed him to leave for free after they were relegated.

The Cherries have now finalised his transfer, with Defoe set to earn £65,000-a-week to stay in the top flight with Eddie Howe’s side, Sky Sports News HQ understands.

Defoe will be returning to Bournemouth 16 years after his last game for the club, having scored 18 goals while on loan from West Ham during the 2000/01 campaign.

“It’s great to be back and I’m really looking forward to this challenge,” said Defoe. “When the opportunity came about to return to AFC Bournemouth I just knew it was the right one.

“It was an easy decision, joining a top team with a top manager. It’s a great place to be.

“The Bournemouth fans know that every time I pull the shirt on I will give 100 per cent, and the one thing I can guarantee is goals.”

Watch every match from the British and Irish Lions tour of New Zealand only on Sky Sports. Get Sky Sports today!

Howe added: “This a huge moment for the football club and another step in the right direction.

“We want to bring players here who can have a big impact on our continued rise and we believe Jermain fits that as a natural, proven goal scorer.”

Defoe is one of a number of players set to depart Sunderland this summer following their relegation, with goalkeeper Jordan Pickford already having signed for Everton and Fabio Borini set to join AC Milan.

Sunderland have been given permission from Preston to speak to Simon Grayson about their vacant manager’s job following David Moyes’ resignation.