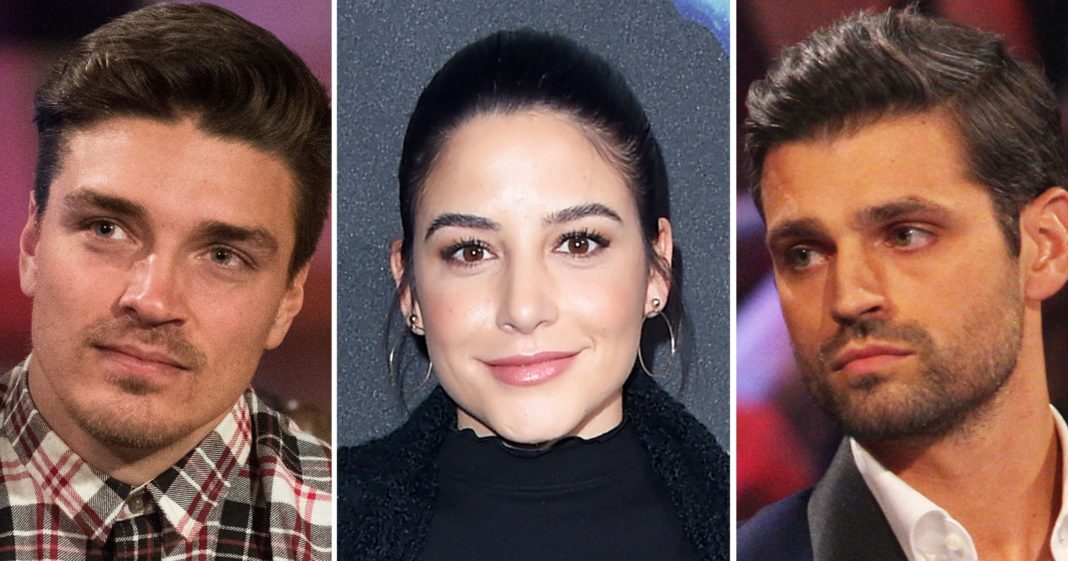 He said, she said! Bachelor Winter Games alum Dean Unglert is calling BS on his former costar Bibiana Julian’s claims that Peter Kraus stayed with her in Florida for days and then left without a word.

“Bibs you know I love you but I talked to Pete right after he got home from Florida and know for a fact this is not how it happened,” the “Help! I Suck at Dating” podcast host, 27, wrote on Twitter on Friday, January 25.

Hours earlier, Julian, 31, called out Krause, 33, after he denied having a relationship with the former Miami Dolphins cheerleader.

The Bachelorette season 13 runner-up told the Chicago Tribune in an interview published on Tuesday, January 22, that he wasn’t on a date with the Bachelor in Paradise alum after being spotted with her at a Miami Heat basketball game in December.

“So I know Bibiana from a charity event we did together and told her I was coming down to Miami,” he told the publication. “I was like, ‘Hey, I got basketball tickets, you want to go?’ So it’s weird. I don’t really go out on public dates anymore for that reason.”

“Charity event” – you mean staying at my place for 4 days during the busiest week in Miami and leaving without saying good bye or thank you?” Julian tweeted in response on Friday.

She followed it up with a second tweet, clarifying, “To be clear, I’m not bitter just irks me when you go out of your way to be nice to someone and they just take advantage!”

Julian had previously shut down rumors that the two were an item following their outing, telling Ben Higgins and Ashley Iaconetti on a December 17 episode of their podcast, “Almost Famous: In Depth,” “Nothing is going on with Peter Kraus and I. Absolutely nothing.”

Still, she implied that they were more than friendly, adding, “I’m just going to clarify — and I don’t know if he’ll be happy with it — but, like, him and I actually connected right after I got back from Paradise, so that’s kind of, like, when it started off. We stayed friends and then he was visiting Miami and I was, like, ‘Why don’t we go to a Heat game?’”

‘Bachelor in Paradise’ Couples That Are Still Together

The ABC star also confirmed that she has since moved on with a new mystery man. “Nobody knows him and it’s not Peter Kraus,” she teased.

Kraus has yet to respond to Julian or Unglert’s tweets.