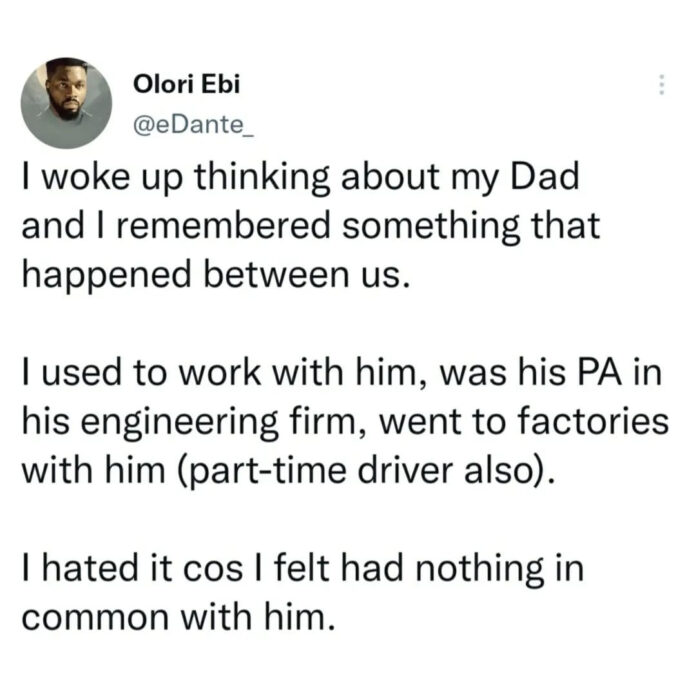 A Nigerian man has asked people to learn to cut their parents some slack as he shared a thread reflecting on his ”rocky” relationship with his late dad.

In his tweets, the man said that he was quite distant from his father because he felt they had nothing in common. However, in the later part of his father’s life, he began to open his mind and he saw how helpful his dad was in shaping his mind. He went on to state that he wished he and his father were ”cool” before he passed away after battling a strange ailment.

Read the thread below