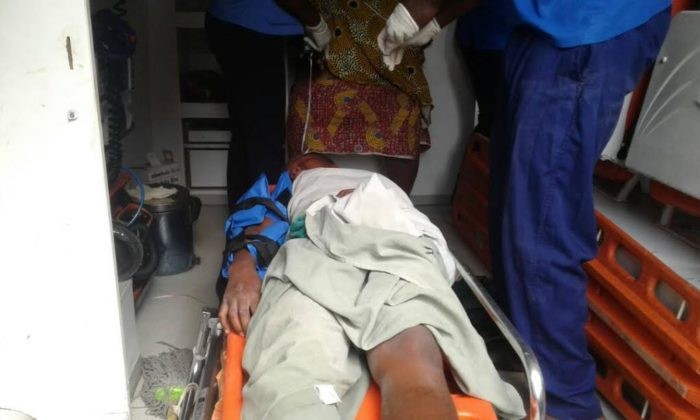 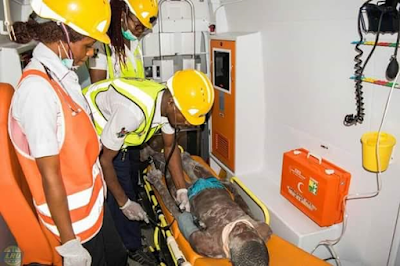 The General Manager LASEMA, Mr Adesina Tiamiyu said the prompt response by emergency responders culminated to the rescue of fourteen victims from the collapsed building at No 9 Daddy Alaja Street, Oke Arin, Idumota, Lagos Island.
According to him the “Agency received a distress call via the toll free number 767/112 on Monday 29th of May, 2017 at about 7:00am concerning a collapsed 3 storey building on the Island, which prompted the immediate activation of the Agency’s Emergency Response Team and other responders which includes the Lagos State Ambulance Service, Lagos State Fire Service, Lagos State Building Control Agency, National Emergency Management Agency, Nigeria Police Force, and the Nigeria Security and Civil Defence Corps to the scene of the incident. 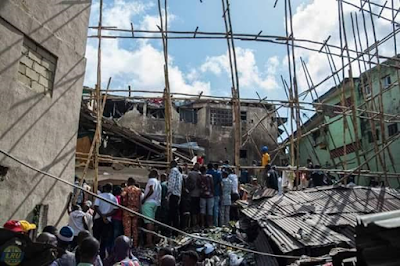 The Agency immediately mobilized all these stakeholders to the scene and successfully rescued fourteen victims with various degrees of injuries, who were immediately moved by the LASAMBUS and LRU Ambulance to Mainland Hospital for further treatment, while two other bodies were recovered dead from the debris and were handed over to the family members for burial. 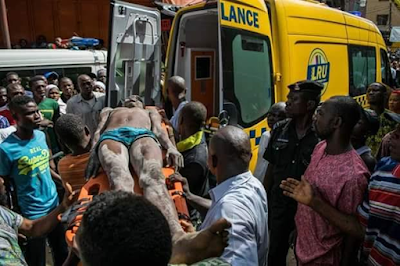 Mr. Tiamiyu noted that preliminary investigation carried out at the scene of the incident revealed that illegal activities of repairs was on going, sands and concrete blocks were seen on upper deck of the building together with scaffolding around it which suggest that construction was going on in the building already inhabited by people.

He however said that proper investigation would be carried out by the relevant Government Agencies to ascertain the actual circumstances leading to the collapsed of the building. 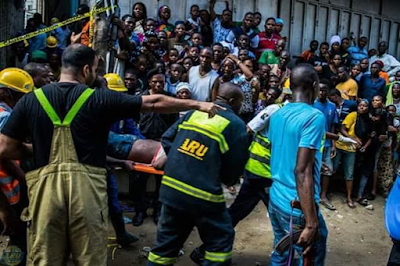 He therefore advised owners and developers of buildings in the State to strictly adhere to the building codes and physical planing laws of the State so as to avert unnecessary loss of lives.
Share
Facebook
Twitter
WhatsApp
Pinterest
Linkedin
ReddIt
Email
Print
Tumblr
Telegram
Mix
VK
Digg
LINE
Viber
Naver
Previous articleGeorge Clooney Skips Humanitarian Award Ceremony to Be Home With Amal Before She Gives Birth
Next articleMore photos from the 3rd birthday party of Chris Brown’s daughter, Royalty