A day after comedian Kathy Griffin released an offensive photo of herself holding a decapitated head of President Trump, CNN announced that they’ve terminated her contract and she will no longer come back as a co-host of their annual New Year’s Eve program even though Griffin has apologized.

The comedian has co-hosted CNN’s annual New Year’s Eve program alongside Anderson Cooper since 2007. Not only was she fired, but has now also lost an endorsement deal with a company that makes ergonomic footstools. A planned stand-up appearance on July 22 was also cancelled. 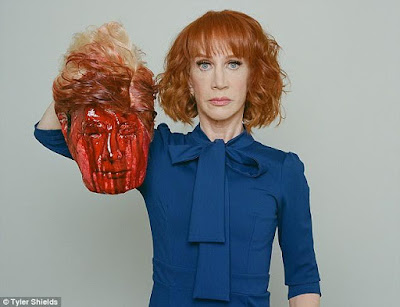