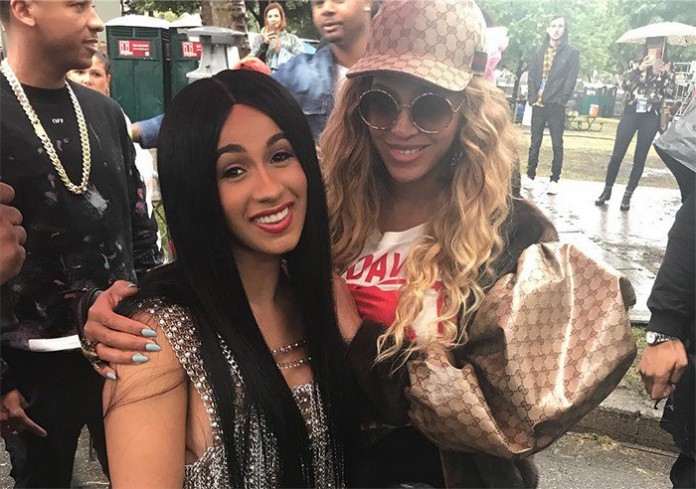 Rapper, Cardi B has achieved yet another milestone by securing four of the top 10 tracks on the Hot R&B/Hip-Hop Songs Chart, a record previously achieved by singer Beyonce.

She and Queen Bey are the only female artistes to post four songs in the top 10 at the same.

According to Billboard, Cardi B placed four songs simultaneously in the top 10 of the Hot R&B/Hip-Hop Songs chart (dated Jan. 13) for the second week in a row.

The publication reports that Cardi’s feature on G-Eazy’s “No Limit” with ASAP Rocky currently sits at #2, her assist on Migos’ “Motorsport” also featuring Nicki Minaj comes in at #3, her debut single “Bodak Yellow” lands at #5, and her new single “Bartier Cardi” with 21 Savage is at #9. 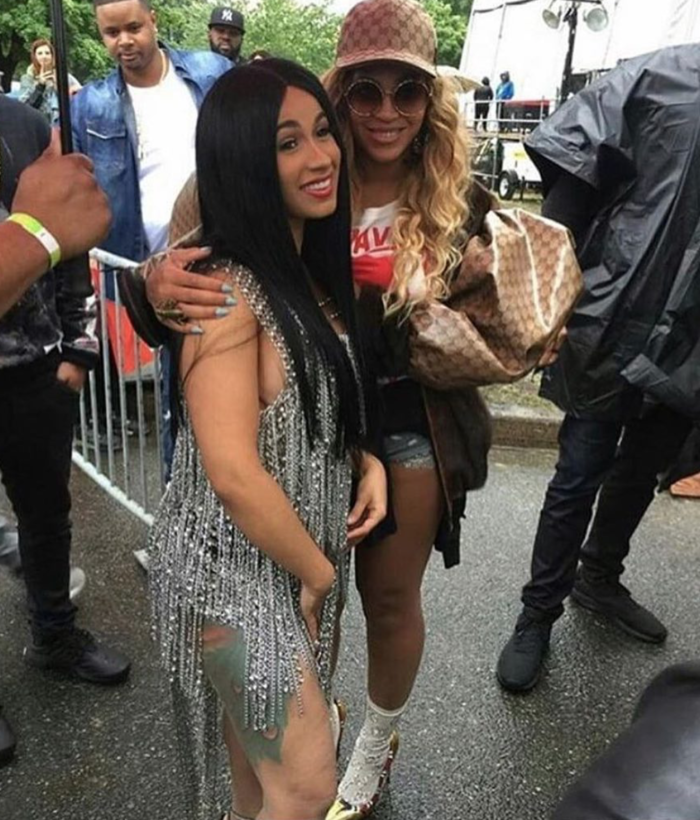 In addition to Cardi B and Beyoncé, only six other acts have matched the stat of four of the top 10 spots in a single week since the Hot R&B/Hip-Hop Songs chart began on Oct. 20, 1958. 50 Cent inaugurated the club on March 26, 2005, and Drake, Lil Wayne, 2 Chainz, Eminem and Kendrick Lamar each later achieved the feat. Notably, Drake and Lamar are the only artists to boast five entries in the region at once.

Hanu Jay ft. Yung6ix – DoDo
Deaths in Kogi State over Several Months Unpaid Salaries Worker Cry Out
Multi TV channels reportedly reach out to Cardi B &amp; Offset for a million dollar ‘TV wedding special’ deal
Yungdope – Cant Believe (Cover)
Cardi B Rapper is engaged! Despite rumours of an impending split, the engagement has now put the rumours to rest.
’20 things you shouldn’t do in 2018′ – By Debola Williams
Cardi B -Bodak Yellow
Pull Up – Chris Brown
GospelOnDeBeatz – You Got It ft. Skales
Iyanya releases hot new photos to celebrate birthday
Britney Spears, 36, steps out in Hawaii with her 23 year old Iranian, boyfriend (photos)
Buhari President visits his farm in Daura ahead of France trip (Photos)
I’m single and flirting, I masturbate or walk up to any guy for sex – Nollywood actress Omalicha Elom
Check out Erykah Badu’s hairstyle to the 2017 British Fashion Awards
Cardi B dumps boyfriend Offset after video of him and South African Queen Twerk surfaces
Osa – Amazing Grace (Prod. by Johnny Drille)
See what Cardi B looks like without makeup
Rapper Cardi B covers the November 2017 ‘Hot Issue’ of Rolling Stone magazine
“The Illuminati is real. They’re trying to destroy me”: Rapper stitches says as he threatens to commit suicide