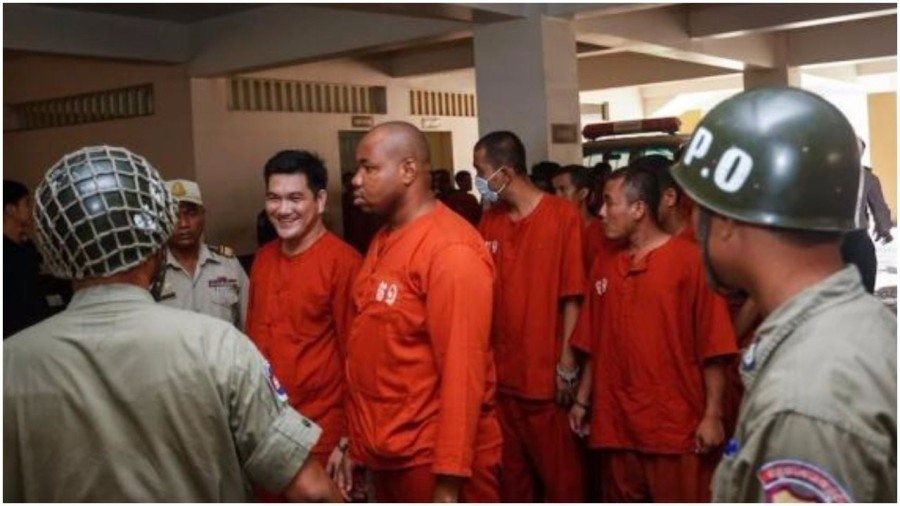 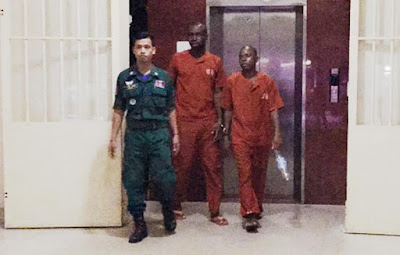 A 37-year-old Nigerian convicted of fraud had his two-year prison sentence upheld, but half was suspended, at the Phnom Penh Municipal Court yesterday, June 15. Chimere Meze was convicted of fraud and sentenced to two years imprisonment in absentia in February. He was arrested in April and requested a re-trial.
Judge Ros Piseth said Mr Meze scammed a Cambodian woman out of $300 in 2016 by informing her she’d won a grand prize but first had to pay him $300 via Wing to collect the reward.

“Because he often phoned to disturb the victim and ask for $300 from her, she filed a complaint against him to police,” said Judge Piseth. “Police prepared a plot to arrest him.”

Mr Meze’s accomplices, Nigerian tourist Uchechukwu Vincent, 37, and his Cambodian girlfriend Sarim Kunthea, 27, were also imprisoned for six months to a year during the initial February trial. Judge Piseth recommended Mr Meze appeal the judgment within 30 days if he did not accept the conviction.