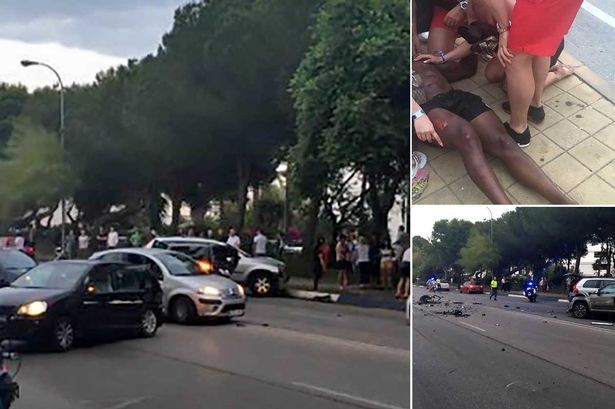 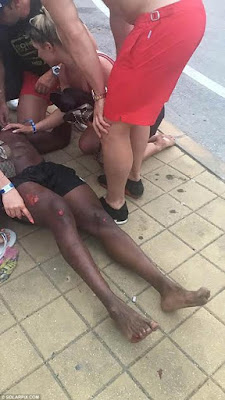 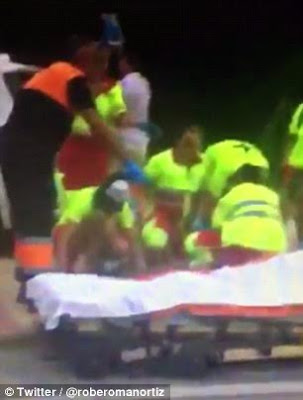 Several people were injured with one presently unconscious after a British man mounted a pavement near Puerto Banus’s Ocean Club in Marbella, Spain and deliberately ploughed into pedestrians at about 9 p.m. last night.
The British man had been asked to leave the Ocean club, which was hosting its annual champagne party, following a fight. So in anger, the drunk man got into his 4×4 Audi SQ7 and sped onto the pavement, mowing down victims as pedestrians ran off, screaming in horror. 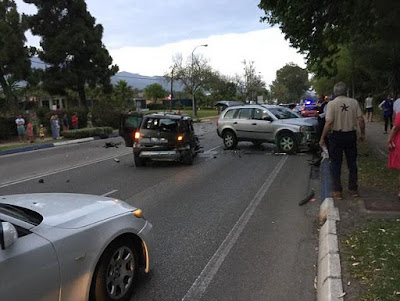 The driver did not stop after mowing down people but sped off, leading to a police chase, complete with sirens blaring. The chase ended when the man’s car smashed into several vehicles near Marbella’s famous Golden Mile, a venue popular with celebrities. The Brit driver, in his late 20s, was arrested at the scene as well as the passenger. 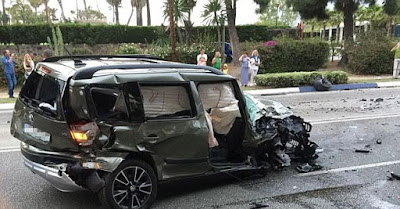 Six people and the driver have been taken to Marbella’s Costa del Sol hospital and one is unconscious. A seven-week-old baby was among those injured in the terrifying hit-and-run.
Officers confirmed they have arrested two Brits over last night’s horrific scenes. The driver was initially described as a 22-year-old, although sources close to the investigation said today he was born in 1990 making him 26 or 27 years old.
The well-informed source said to DailyMail: “A passenger in the car has also been arrested. He is being held at a police station in Marbella near Puerto Banus in connection with last night’s incidents. The driver is at Marbella’s Costa del Sol Hospital. Both men are British.”
There were initial fears that the incident was terror-related but police ruled that out and said the driver had been drunk.
Share
Facebook
Twitter
WhatsApp
Pinterest
Linkedin
ReddIt
Email
Print
Tumblr
Telegram
Mix
VK
Digg
LINE
Viber
Naver
Previous articleNigerian Music Legend 2Baba Stimulates Football Fans at Viewing Centers as Arsenal Wins the FA Cup Finals
Next articlePhoto: Director-General of INEC’s Electoral Institute, Abubakar Momoh, has died