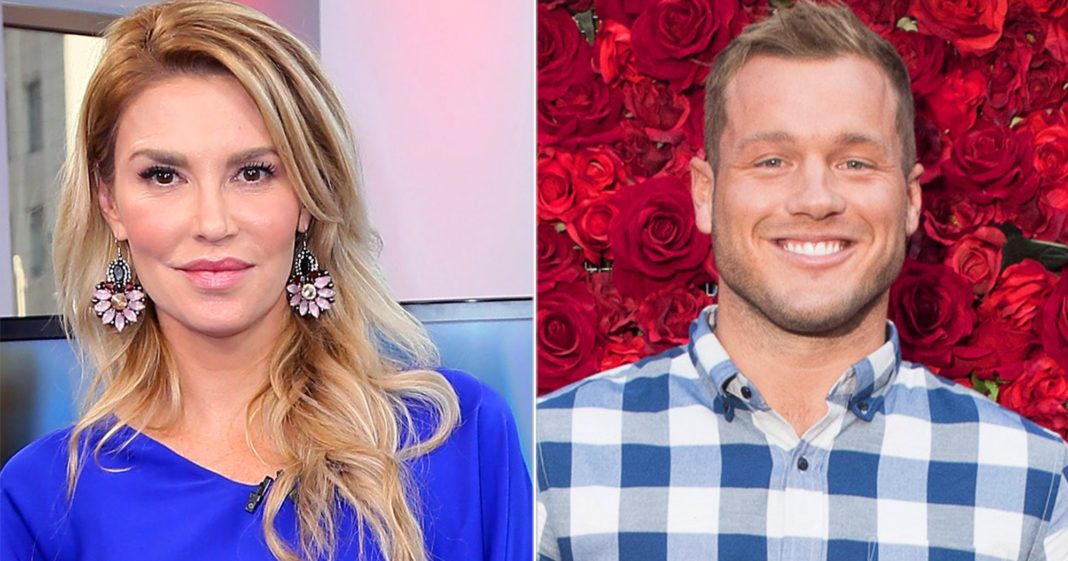 Step aside, Arie Luyendyk Jr. — there’s a new kissing bandit in town! Colton Underwood has been getting up close and personal with his Bachelor contestants and locked lips with several women during the premiere and on the Monday, January 14, episode.

Celebrities and fans took to Twitter later on Monday and on Tuesday, January 15, to react to Underwood’s smooching skills and weighed in on his heavy use of tongue!

“The #bachelor is a #tongue monster,” Brandi Glanville wrote. Another fan shared a GIF of Steve Carell’s character Michael Scott from The Office cringing alongside the caption, “Colton: kissing someone with full on tongue right away / Me:.”

The #bachelor is a #tongue monster

Colton: kissing someone with full on tongue right away

Other Bachelor Nation fans weighed in with more hilarious GIFs, including one comparing the former NFL player’s tongue action to a goat and another drawing parallels to SpongeBob SquarePants character Patrick Star.

Kissing aside, Underwood’s virginity has also been a hot conversation topic on season 23 of The Bachelor. The Legacy Foundation creator, 26, addressed his decision to stay abstinent on the Monday, January 7, premiere episode, telling his contestants, “It was a conscious decision at first, then I really started diving deep into my football career and my personal life took a backseat. It’s not like I’m going to lose it on a one-night stand. It’s just very important to me.”

Chris Harrison also spoke out about Underwood’s decision to wait to be intimate with someone during an interview with Extra in November 2018. “The V-card is still intact,” he said at the time before Underwood headed to his fantasy suite overnight dates. “Will it be in the next couple weeks? I don’t know. I think it will be put to the test.”

‘Bachelor’ and ‘Bachelorette’ Virgins Through the Years

Scroll down for more reactions to Underwood’s makeout abilities!

Every time Colton tries to kiss anyone #TheBachelor pic.twitter.com/B3MF1S68GI

Colton going in for a kiss on gold dress Hannah like #TheBachelor pic.twitter.com/zQ9Ls0yDZv

Everything is so cute and then we see COLTON’S VIRGIN TONGUE THAT CAN’T KISS LIKE AN ADULT MAN #TheBachelor #BachelorNation pic.twitter.com/P996geumGe

me every time Colton kisses one of these girls tongue first #TheBachelor pic.twitter.com/zobu28nr5V