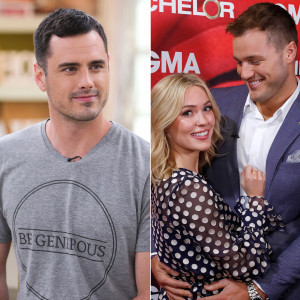 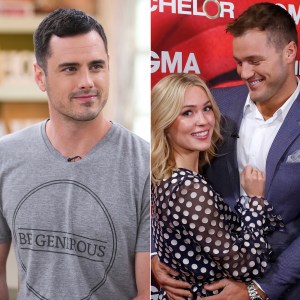 A change of heart. Ben Higgins sent love to Colton Underwood and Cassie Randolph after the Bachelor season 20 star threw shade at how she handled her initial exit.

“Love isn’t simple but it’s worth it!” Ben tweeted on Wednesday, March 13, one day after the season 23 finale. “Congrats @CassieRandolph and @colton!”

While Colton reposted the tweet, Cassie responded, “Truth! Thank you! :).”

Ben made headlines following the March 4 episode of the ABC dating series after he expressed his concerns about how Cassie handled her split from Colton.

“I think she should have did something different with Colton. It’s very clear that she was not into him,” Ben told Entertainment Tonight on March 6. “And so as much as she maybe felt the pressure to still be there and just still try to make this work — you know, you have a lot of people counting on you and watching — I think all she wanted to tell him was, ‘You’re a great guy, you’ve proven to be a great guy, but I’m just not that into you and as a result, I need to leave.’”

He added: “It felt like she was kind of dancing around the subject, going, ‘This is too fast, this isn’t right for me, I just don’t know.’ She knew.”

Cassie shocked Colton when she decided to leave the series during their fantasy suite date. After the former football player sent home his two remaining women, Hannah Godwin and Tayshia Adams, however, the pair reunited during the Tuesday, March 12, finale.

“[Cassie] grew up seeing her parents in a healthy relationship and because she had this as an example, she started to have questions about what she and Colton meant to each other,” one source explained to Us Weekly. “[She now] has every intention of being with him and seeing where things go.”

The source added that the couple’s relationship is “rooted in faith and they have a deep love for each other.”