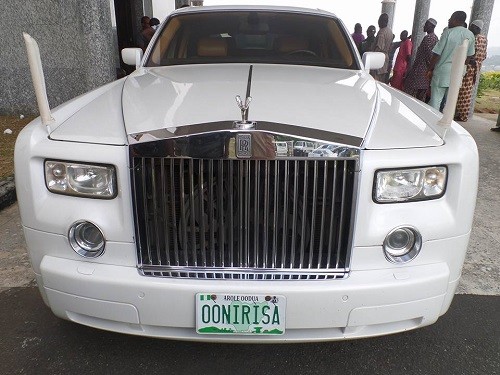 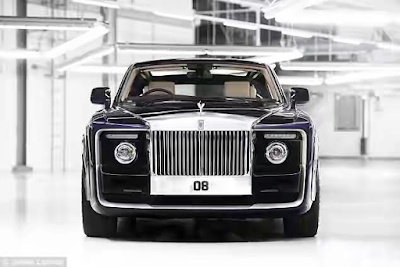 British luxury car maker, Rolls Royce has crafted the most expensive new car eve, the £10 million two-seater, Rolls Royce Swept-tail. It takes its name from the ‘swept-tail’ design of Rolls-Royces of the 1920s-30s and is built to mirror the elegant lines of a racing yacht. The outrageously expensive vehicle is the brainchild of an unnamed super wealthy customer who approached the brand with his vision of building a unique one off car. 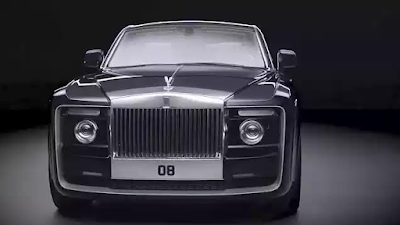 It comes with a host of luxuries including some of the best polished wood, high end leather, a powerful 6.75-litre V12 engine and other posh stuff ordinary folks like us can’t understand.

‘In 2013, Rolls-Royce was approached by one of its most valued customers with a very particular request.

A connoisseur and collector of distinctive, one-off items including super-yachts and private aircraft, this gentleman came to Rolls-Royce to realise his vision of a one-off luxury motor car like no other.

‘He approached the marque with his own idea of a two-seat Rolls-Royce that he wanted to be created in the here and now.
‘The client immediately established a close rapport with the design department led by Taylor, who set about bringing the idea to life.’ 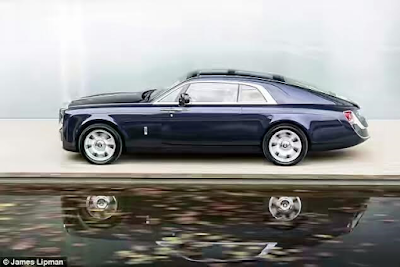 ‘As a connoisseur of Rolls-Royces, he was inspired by many of his favourite cars from the marque’s golden era of the early 20th Century, as well as many classic and modern yachts.’

That is about 4.95 billion naira on wheels. 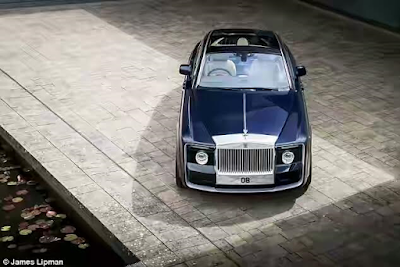 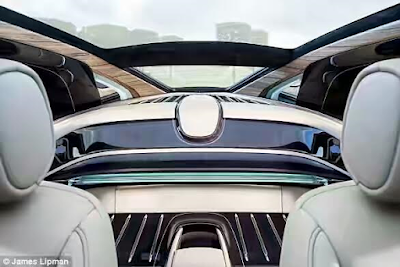 Share
Facebook
Twitter
WhatsApp
Pinterest
Linkedin
ReddIt
Email
Print
Tumblr
Telegram
Mix
VK
Digg
LINE
Viber
Naver
Previous articleLol. What is wrong with this photo?
Next articleFayose is now a parrot who must talk at all times- Afenifere asks him to stop attacking Buhari and face his state