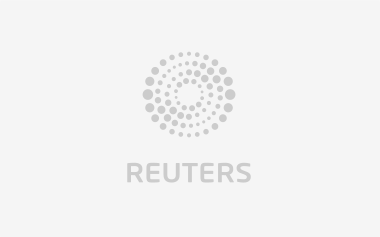 PRAGUE Tech entrepreneurs in central and southeastern European, many of whom already have experience of launching their own businesses, are now having more success at enticing global investors the second time around.

Until recently, the region’s tech start-up scene was stagnant, failing to rank among Europe’s top dozen countries for investment and lagging western and northern European countries, as well as decades-old tech hub Israel.

But that’s changing fast. By last year, investment in central Europe, while still modest, had jumped more than tenfold since 2012, buoyed by a growing number of deals. And 2017 is on track for even stronger growth.

While an early wave of companies often lacked the international know-how and market savvy to develop into global businesses, their founders have absorbed lessons and are now able to generate more heavyweight investment.

“A lot of the bigger guys are now starting to take a look at the region,” said Credo Venture’s Andrej Kiska, whose Prague-based fund started in 2010 and has since co-invested with global venture capital firms Index Ventures, Accel and Baseline Ventures.

On Wednesday, the company said it had closed a new round of $15 million to help fund international expansion in Latin America following its merger a year ago with Spanish rival Doctoralia.

Previously, Gralewski turned a dorm-room idea into Poland’s leading business social network, GoldenLine.pl, which he sold before setting up DocPlanner.

The medical booking company now employs 300 and says it is making 340,000 appointments per month in its six core markets of Poland, Spain, Italy, Turkey, Portugal and Mexico.

The new funding underlines how entrepreneurs such as Gralewski are attracting global investment.

DocPlanner has raised $46 million to date with international investor Target Global, Germany’s ENERN Investments and London-based One Peak Partners leading the latest round.

“We have a first generation of entrepreneurs who quickly sold their companies and then were able to start new ones after building up trust and experience,” Gralewski said.

“The funding in the region is not comparable to when we were trying to raise money for my first company.

Countries in the region offer a host of advantages for start ups, including a long tradition of producing graduates strong in maths and computer science and a low cost base that allows entrepreneurs to do more with less as companies grow.

Last year, central and eastern Europe start-ups raised a total of 177 million euros ($199 million), up from just 15 million euros four years before, according to data from funding research firm Dealroom.co.

The amount is a drop compared to the 4.5 billion euros raised in Europe and Israel in first quarter of 2017, according to Dealroom.co data. But the growth is evidence of an increasing number of global investors looking at the region.

Poland, Estonia and Romania are attracting the biggest funding rounds, while the Czech Republic is home to some of the most mature, best-funded tech companies, including security software firm Avast, fashion retailer Internet Mall and NetRetail Holding, Dealroom.co data shows.

In April, Romanian robotic form-scanning software company UiPath — in which Kiska’s Credo Ventures was an early investor — announced it had raised $30 million in fresh venture funding, marking one of the largest early-stage tech investments to date in central Europe.

Luciana Lixandru of Accel, which led UiPath’s latest funding round, said seed money was scarce in the region five to seven years ago but now companies can find both start-up capital and bigger funding batches needed to grow globally.

“What sets the region apart and helps plant the early seeds of an interesting ecosystem is the wealth of technical talent,” Lixandru said.

“CEE has a tradition of strong maths, sciences and engineering universities, and thanks to more funding and more innovation, the region is now able to retain this talent as opposed to losing it to jobs abroad.”

The biggest companies are also bulking up through acquisition.

Founded in 2009, Prezi has raised $72.8 million to date, with the latest a $57 million private equity round by investors, including Accel Partners in 2014.

Michael Schuster of Vienna-based Speedinvest, an early-stage investor which focuses on central and southeastern Europe, said entrepreneurs come up with top-notch products but don’t focus on how to get them to clients — a situation that creates opportunities for global venture capital firms to step in.

“The one thing we see here is that there are a lot of talented people here trying to be particularly original rather than trying to be smart and get to the customer quickly,” he said.

(Additional reporting and writing by Eric Auchard in Frankfurt; Editing by Keith Weir)

BlackBerry climbs on hopes for growth in security, autos

TORONTO BlackBerry Ltd shares surged to a four-year high in Toronto on Tuesday, extending a two-month rally spurred on by expectations for strong growth in the fast-expanding cyber security and automotive software markets.

HELSINKI Apple has settled a patent dispute with Finnish telecom equipment maker Nokia and agreed to buy more of its network products and services, sending Nokia shares up 7 percent.

6G: A tale from two conferences