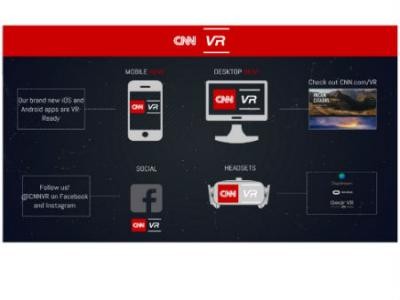 CNN said it’s amplifying its technology coverage with the debut of CNN Tech, billing it as a “multimedia digital destination” that’s focused on news centered on innovation, what’s new in Silicon Valley and other science and tech angles.

CNN Tech will feature multiple forms of content spanning text, video, “social-first storytelling,” interactive elements, a newsletter, events and podcasts. CNN said the new offering will also build on series such as Way Up There with Rachel Crane, Tech vs. Taboos, and CNNgo original Mostly Human with Laurie Segall.

CNN said the launch means it’s pivoting from tech as a beat to a standalone business that aligns with other focused news initiatives such as CNN  Politics, CNNMoney and CNN Style.

The CNN Tech site will be led by executive editor Sam Grobart, who joined CNN from Bloomberg Businessweek in March.

“Those three pillars—the business of tech, innovations and scientific breakthroughs, and our relationship to it all—will form a strong, distinct base from which our talented writers, editors and producers can take advantage of CNN’s unparalleled reach and ability to tell the stories that people want and need to hear,” Grobart said in a statement.

“This is the first step in an ongoing journey. CNN is as committed to CNN Tech as we were about CNN Politics beginning in 2014,” added Ed O’Keefe, SVP of premium digital content at CNN. “We have aggressive plans in the months to come to hire the top talent in tech, iterate on our site, and produce some of the most original, boundary-pushing video in the industry.  Stay tuned.”