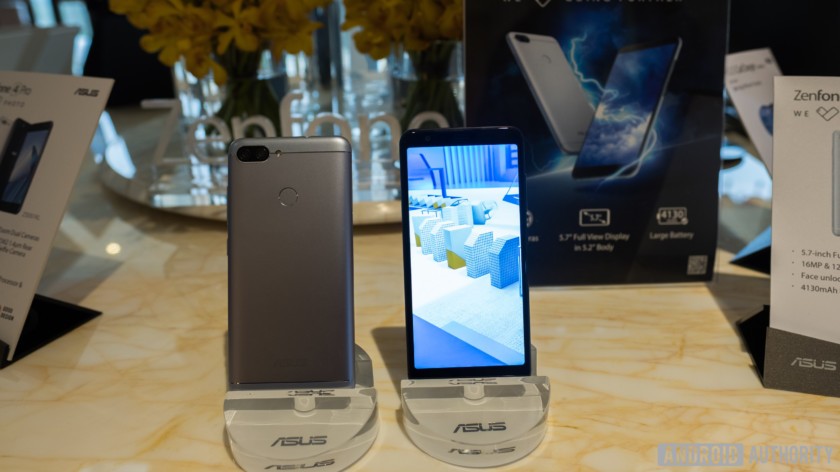 Asus is one of the stranger companies when it comes to mobile devices. They often try to make super affordable handsets with incredibly competitive specs, but they don’t go out of their way to try and sell these phones in carrier stores. This results in most consumers being unaware that they even exist, at least in places like the US, yet they continue to release quite a few phones year after year.

While we’ve already seen some flagships from the company hit the market in the last few months, Asus has just unveiled the newest addition to the ZenFone line, the Asus ZenFone Max Plus. Inside the metal body, the ASUS ZenFone Max Plus will have a 5.7-inch display in an 18:9 ratio, and with a resolution of 2,160 x 1,080.  ASUS doesn’t name the processor inside the phone in its US press release, but the company previously said the ZenFone Max Plus would have a MediaTek 6750T chipset. It will also have a large 4,130 mAh battery inside, which should offer up to 13 hours of video playback, or 21 hours of Wi-Fi web browsing.

This is undoubtedly a mid-ranged phone, but the biggest draw of this device is the massive battery and dual camera sensors. That 4,130 mAh battery should last you a very, very long time. Add that to the fact that Asus is using a FHD screen (vs a QuadHD one), and you should be able to expect much more than a full day out of the Max Plus. We’ll have to see how the battery stacks up once reviews start hitting the internet in February of this year.

The other big draw of this phone are the dual camera sensors, with a main 16 MP sensor that has a wide, f/2.0 aperture lens. The secondary 8 MP camera has a 120 degree wide-angle sensor for capturing more people or scenery in the frame. The phone also has a 16 MP front-facing selfie camera. The wide angle means you can capture much more of your scene if that’s what you’re going for. There are quite a few fun features and filters in both the front and rear camera sensors, and it’s also got face unlock like many of the other popular phones these days. It uses its ZenUI and the front camera so that owners can unlock their phones with just their face. There’s also a fingerprint sensor in the rear of the phone.

The ZenFone Max Plus is a dual SIM phone, but its SIM tray also has room for a separate microSD card, for adding up to 256 GB of storage. The bad news about this phone is that it will ship with Android 7.0 Nougat out of the box. It also uses the older micro-USB connector instead of the new USB-C port, but still retains a 3.5 mm headphone jack. What do you think about the ZenFone Max Plus? It’s certainly an interesting option for those that are curious about mid-ranged devices, so let us know your thoughts in the comments section below.