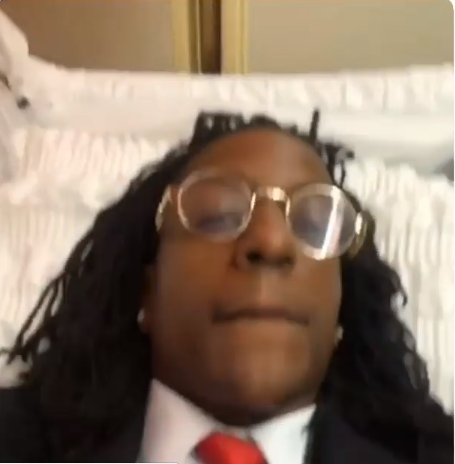 Keeping up with the reckless persona, Rico decided to shoot a music video inside a coffin. Dressed to impress in a dark suit with a red tie, Rico lays patiently in the white-lined casket while taking a quick selfie video. “Reckless,” he exclaims while recording himself.

Rico posted additional images from the shoot on his Instagram. In the pictures, the Chicago rapper sips from a styrofoam cup and holds a blunt wrap in the air. 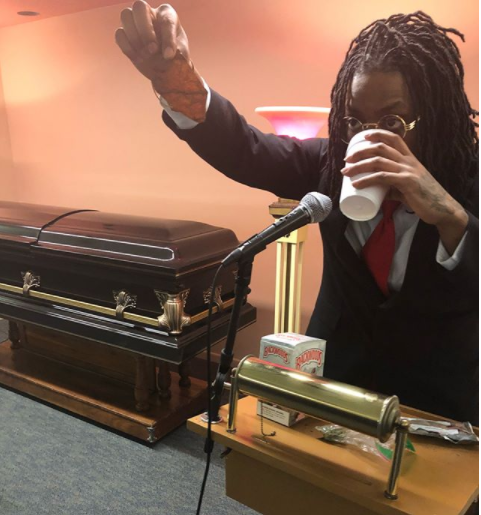 Before now, he has posted several videos of himself on YouTube acting in a bold and rash manner. In one video, Rico pulls a gun out of his jacket while walking around his public school hallways. In another video, Rico pummels a man without restraint because he didn’t like the answer to a question he posed. Rico was even arrested for using real guns while filming a music video, instead of prop weapons.

The real reason Amanda Seales is leaving The Real

Meghan Markle is completely unrecognizable with her natural hair