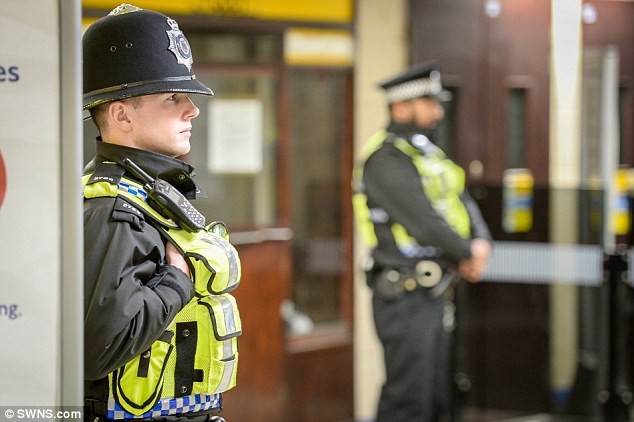 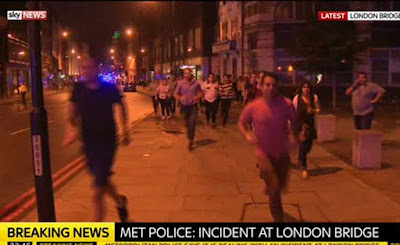 Five jihadi terrorists shouting ‘this is for Allah’ have reportedly killed six people and left about 20 people injured in a horrific rampage around two locations in central London. The men, described as being ‘of Mediterranean origin’, mowed down up to 20 people with a white van on London Bridge at 50mph on Saturday night. One of the casualties is reportedly a police officer. At least 20 people have been taken to six hospitals across London.
After mowing innocent people down, the jihadists then began ‘randomly stabbing’ people with 12-inch hunting knives in the nearby Borough Market area of bars and restaurants in what authorities described as terrorist incidents. 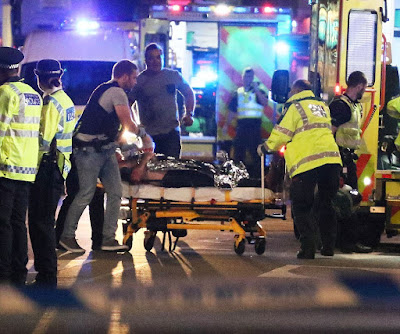 One man was reportedly stabbed five times in the chest, he has since been rushed to a nearby hospital.
Witnesses said the gang, with metal canisters strapped to their chests, smashed bar windows and cut the throats of drinkers.
Another witness said a ‘dark-skinned’ man in a red tracksuit ‘calmly’ stabbed a man three times. 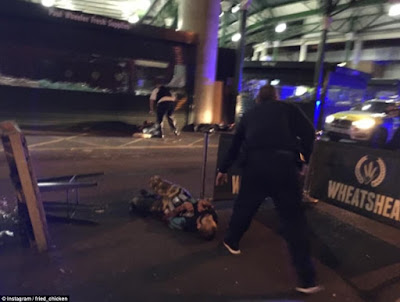 Armed police rushed to the scene where several shots were heard.

Authorities took to twitter to encourage Londoners to ‘run, hide, tell’ if they were caught in the ‘utter chaos’. 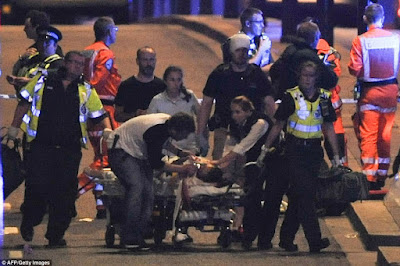 Two suspects were shot dead by a marksman outside the Wheatsheaf pub in Borough Market and one was gunned down and believed to be killed, as the remaining two suspects are on the run.  50 armed police entered Monument station with police dogs and bystanders were told to run. Bank and Monument tube stations have been closed. There are also unconfirmed reports of gunfire on Southwark Street. 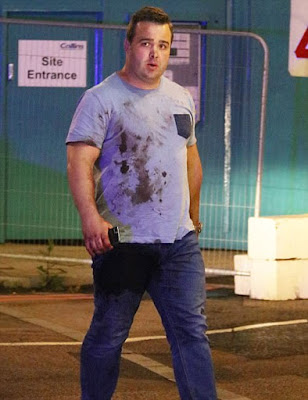 A terrorist with canisters strapped to his chest was shot by police by Wheatsheaf restuarant in Borough Market (pictured in the foreground). A witness said he was still alive. A second man, believed to be a terrorist, was pictured lying on the ground in the background. 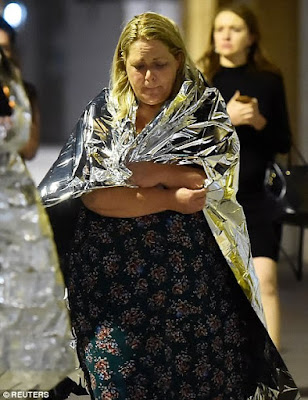 This is the third terrorist attack in three months. 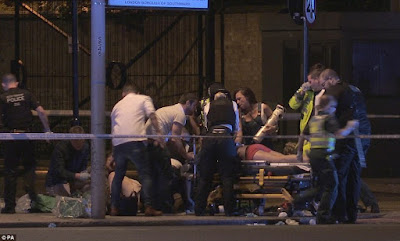 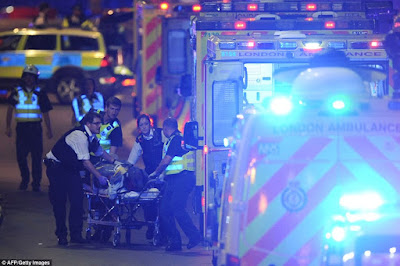 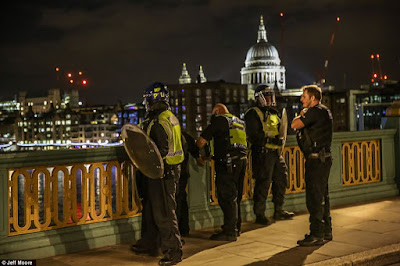 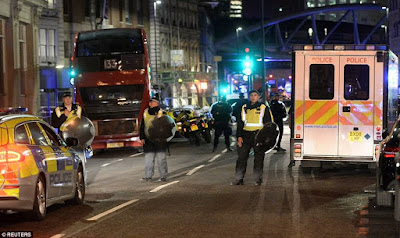 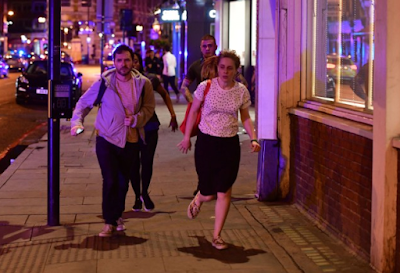 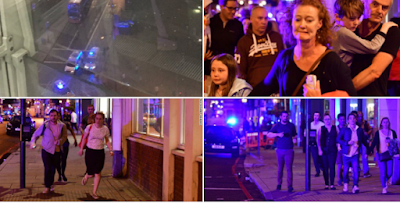