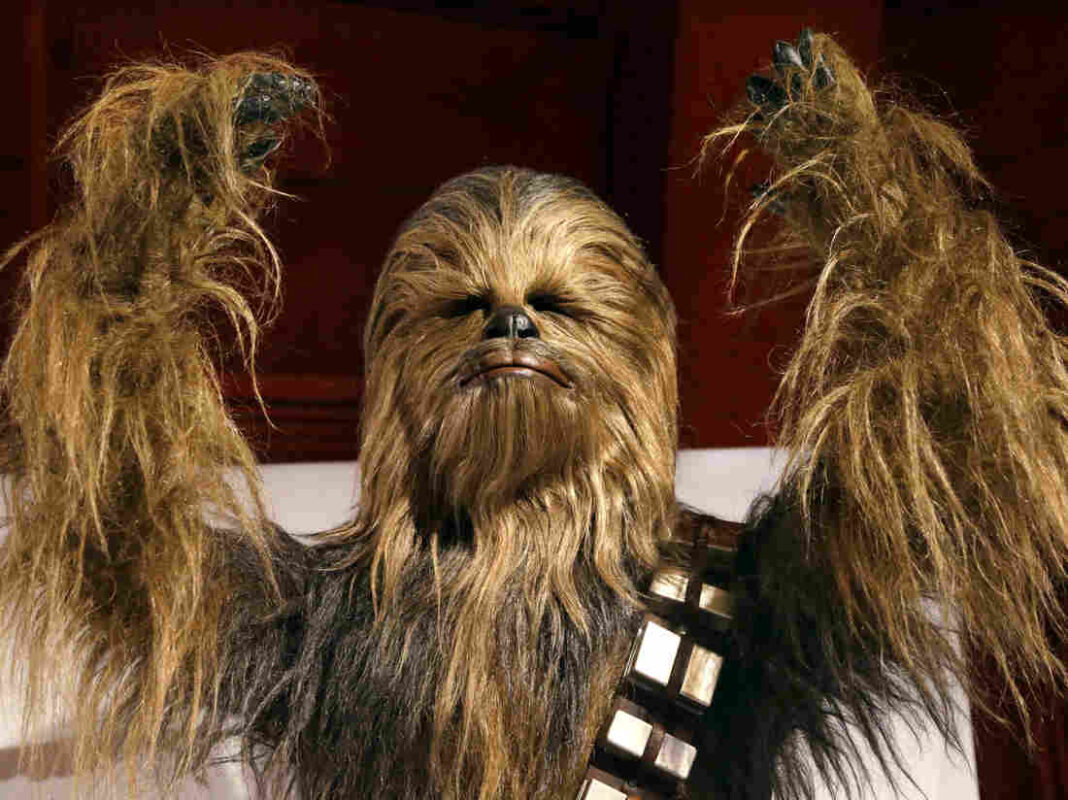 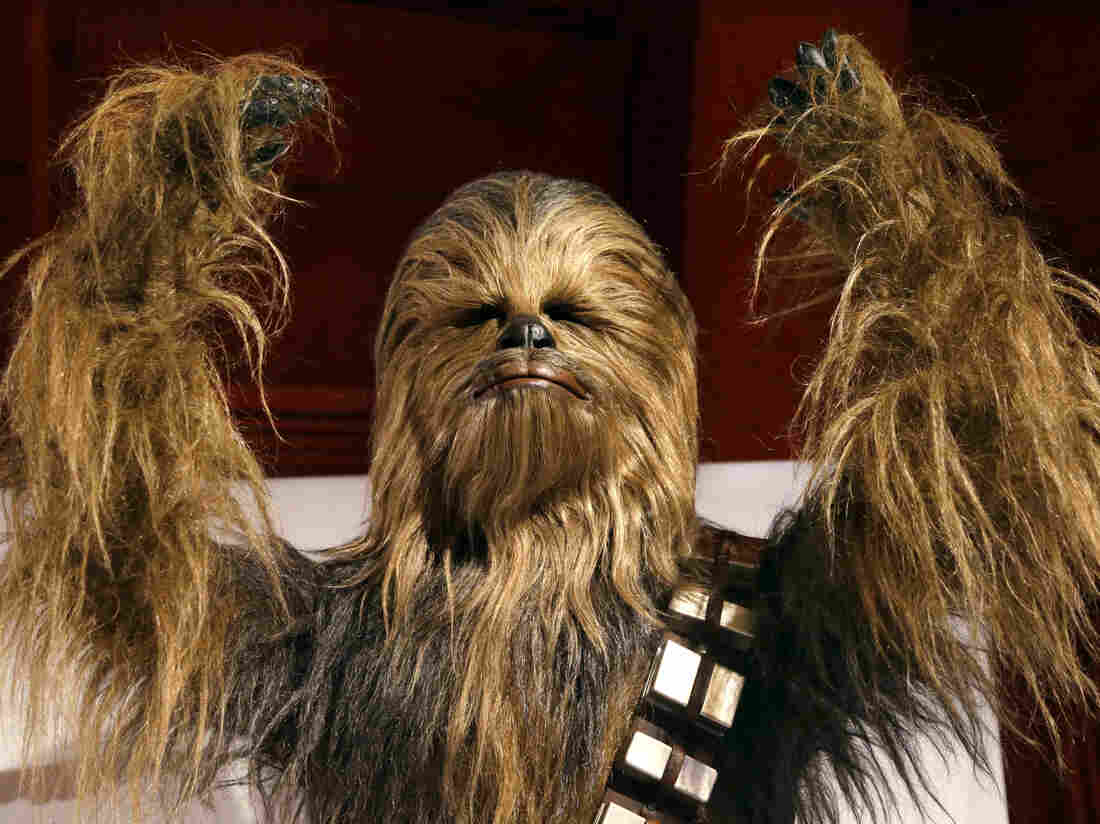 A man dressed in a Chewbacca costume throws his arms aloft in what can only be a confounding mix of emotions: triumph, sure — but also righteous indignation at all the decades lost to reckless misspelling. Elaine Thompson/AP hide caption

A man dressed in a Chewbacca costume throws his arms aloft in what can only be a confounding mix of emotions: triumph, sure — but also righteous indignation at all the decades lost to reckless misspelling.

Four decades ago Friday, The Dallas Morning News committed an error so grave, so egregious, that it long remained shrouded in silence — out of a deep sense of shame and self-recrimination that one can only imagine.

The paper called Chewbacca a “Wookie.”

On Thursday, the 40th anniversary of the original Star Wars’ release, editors nobly faced down the dark truth of their institution’s past, publishing a correction:

“Our review of the original Star Wars, which appeared in The Dallas Morning News on May 26, 1977, incorrectly referred to Chewbacca as a ‘Wookie.’ The correct spelling, of course, is ‘Wookiee.’ We regret the error and apologize to the seven-foot-tall hairy alien biped community.”

Thank you, Morning News, for offering a model of journalistic rigor and integrity.

Which brings us to our own dark past: Roughly seven years ago, we wrote a post about a trend that had hit Twitter at the time. It was a hashtag purporting to reveal the deepest secrets of the Star Wars universe — known, of course, as #WookieeLeaks.

In the post we had it both ways, spelling it with two E’s in the text and one E in the tag at the bottom of the page. And it appears we weren’t alone: Both spellings of the hashtag have had adherents for years. (It’s still not entirely clear which is right.)

But before we get too lost in this tangled web of grammar and galaxies, here’s a word from the journalist behind that post: Mark Memmott, co-founder of The Two-Way blog and now NPR’s standards and practices editor.

“As Yoda might say, ‘make mistakes, I too have.’ Can I justify it by saying that the tag ‘wookieleaks’ is more useful to the majority of users since so many of us routinely leave off the second E? Would I buy that excuse from any of The Two-Way’s current correspondents? (No.)”

So while some questions linger, one truth remains: We take responsibility for our spelling here on this blog. Got that, Chewbaccca?