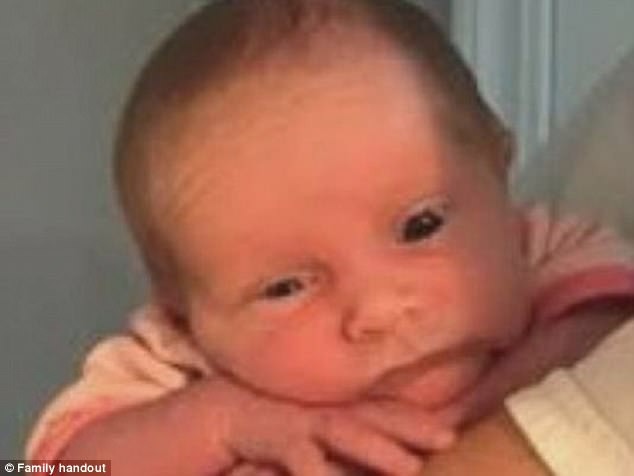 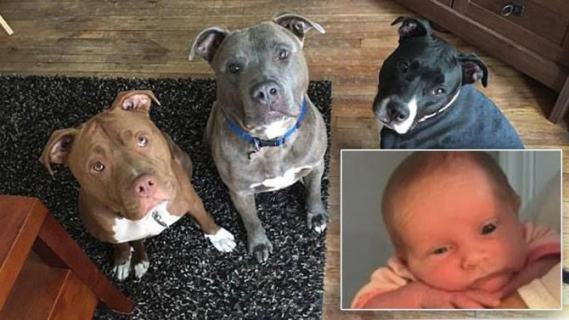 Dogs are known as man’s best friend but sometimes things go horribly wrong. A 3-week-old Michigan baby died after one of her family’s dogs bit her on the head when she was left unattended with them on Thursday.

Susannah Jean Murray was alone in a bouncy for five minutes inside her Michigan home with three pit bulls serving as her only companions.

When after five minutes of being alone, a caretaker checked on her, the woman noticed the infant bleeding from a severe head injury and also saw that one of the dogs had blood around its mouth.

Baby Murray was taken to Helen DeVos Children’s Hospital where she underwent nearly seven hours of surgery but she did not make it. She died around 2 a.m. the following morning.

Sgt. Terry Dixon with the GRPD when speaking of the attack said the dog who attacked the child is about 2 years old and has now been quarantined along with the two other family dogs at the Kent County Animal Shelter.

“This is a horrible tragedy, and it serves as a critical reminder to never leave a child unattended around a dog, or dogs, or pets,” said Sgt. Terry Dixon. “Always keep a watchful eye on our vulnerable youth.”

He continued: “Just the breed of a pit bull by itself is not enough to condemn it, any dog can bite something, they have teeth. I would say that this serves as a definite reminder not to leave children alone with dogs in the house.”

Neighbors resident in the Grand Rapids neighborhood told the Detroit Free Press that the dogs were a dangerous nuisance, calling them “mean and vicious” and said they were always wary of them.

“I’d be scared, because when the dogs get out the fence, they used to chase us,” Hawa Abdi, a neighbor, said.

The GRPD and Child Protective Services are investigating. Dixon says they will give their investigation to the Kent County Prosecutor to review and consider any possible criminal charges.