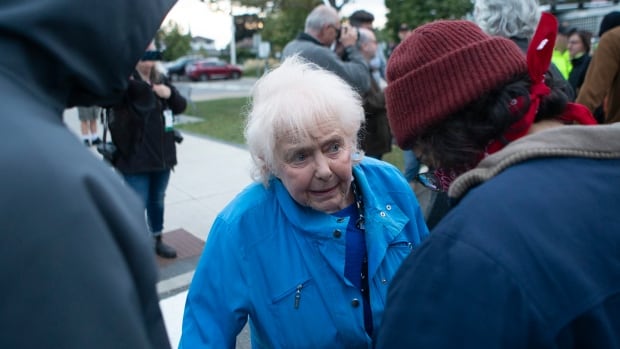 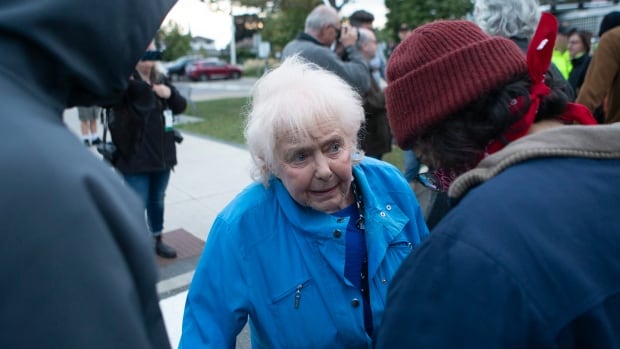 Three men have been arrested and charged in connection with a protest that occurred outside a People’s Party of Canada event featuring Maxime Bernier in Hamilton on Sept. 29.

One of those charged by Hamilton police is a man whose Toronto family restaurant was forced to close temporarily earlier this month after receiving a barrage of death threats and hate mail.

The death threats came after the man was identified as one of the masked protestors who attempted to block an elderly woman using a walker and another man from entering the event at Mohawk College.

A video of the confrontation was shared worldwide on social media in the days after the protest, garnering millions of views.

Violent clashes broke out at the protest on Sept. 29 as members of the public and People’s Party supporters, who had bought tickets to the event, were confronted by a group of roughly 100 protesters.

Four people were arrested on the day of the protest, Hamilton police said, and all were later released unconditionally.

The charges were laid after Hamilton police “reviewed numerous hours of video” from the protest “from a number of sources including media and social media footage.”

Two of the men turned themselves in to police on Oct. 23, Hamilton police said, and one was arrested on Oct. 22.

Alaa Al Soufi, 27, has been charged with two counts of intimidation, two counts of disguise with intent and causing disturbance, according to a release from Hamilton police.

Kevin Metcalf, 33, has been charged with one count of obstructing police.