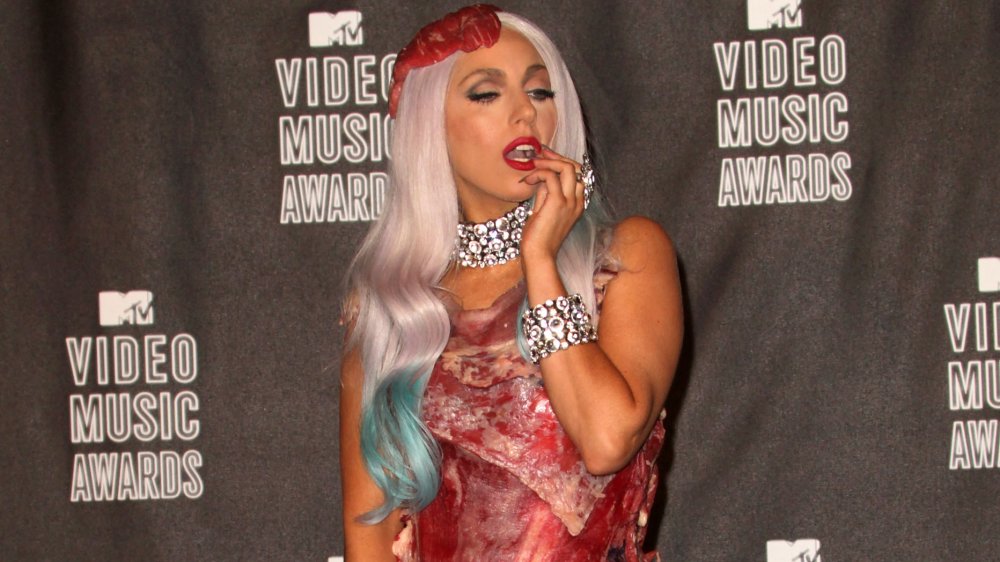 Even though Lady Gaga’s infamous meat dress does still exist — and you can still visit it currently on display in Las Vegas in honor of her residency as a part of Gaga’s Haus of Gaga exhibit at the Park MGM — it is no longer a raw meat dress. It’s more like beef jerky nowadays. Since raw meat goes bad and it’s been nine years since it was first created — meaning it would be pretty gross by now — the dress had to be heat treated.

“Right after the VMAs, the museum contacted Lady Gaga about the meat dress and the plan for the future,” Jun Francisco, the Director of Collections for Rock Hall, told MTV in 2015. “They agreed to send it to us, but at the time it was still raw meat. So we had to figure out — we went back and forth with ideas — and the thing we decided on was to preserve it like a beef jerky. So it’s taxidermied.”

So there you have it. You can still see Gaga’s meat ensemble in all its glory, but you’ll basically be looking at beef jerky that’s been painted to look like raw meat. Gross? Or delicious?