2019: Sagay speaks on Osinbajo coming back as Buhari’s running mate 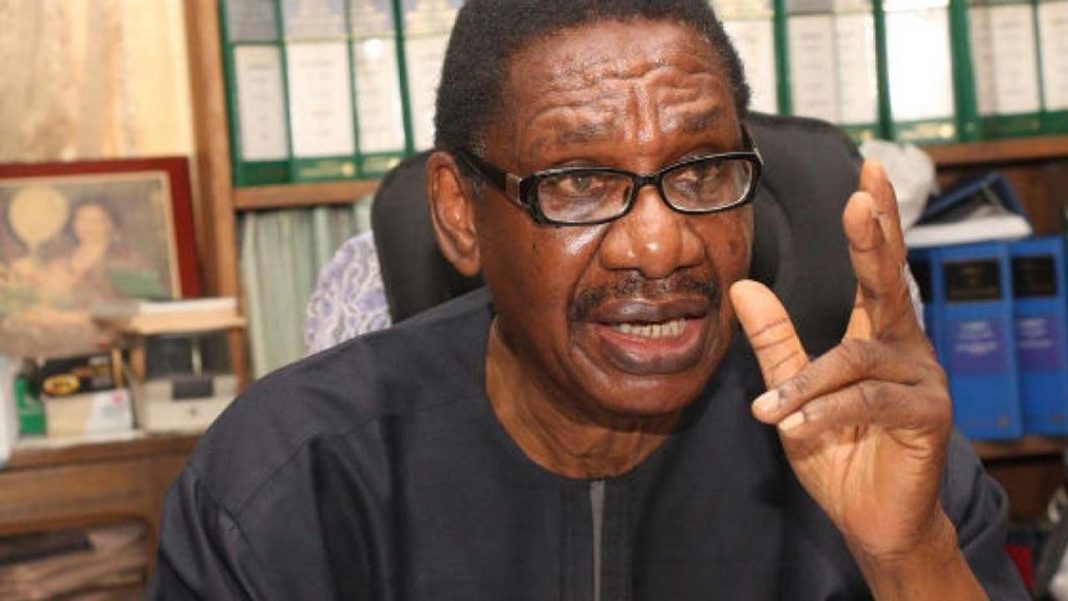 The Chairman of the Presidential Advisory Committee Against Corruption, PACAC, has said that there is no better combination than President Muhammadu Buhari and Vice President Yemi Osinbajo.

The senior lawyer described Buhari and Osinbajo as the best combination in the country, saying it was unlikely that any group or political party could produce that combination in years to come.

Sagay told Independent that Buhari was on a rescue mission, adding that Nigerians will not look elsewhere when the time comes to decide who governs Nigeria for another four years.

The PACAC Chairman said while Buhari provides the aura and leadership style, Osinbajo complements him with his physical presence going everywhere across the country, commissioning projects on behalf of the president.

“Buhari is on a rescue mission. If you look at his team, himself and the Vice- President, Prof. Yemi Osinbajo, there can be no better combination than that. The president provides the aura and the image. He has the reputation. He is coming from 1984 to 85. He has established himself as the rock of the anti-corruption war, which the African Union (AU) has recognised by declaring him the champion of the anti-corruption war in Africa.

“Then we have Osinbajo, an impeccable character, indefatigable leader, totally and outrightly honest. A man of integrity who is doing all the appropriate physical activities, going from place to place, promoting the policies of this government from tirelessly.

“So, between the two of them, we have a perfect combination- the man who provides the aura, the ambience that everybody accepts that yes, we are now in the phase where anti-corruption war should be stamped out and that integrity and honour has to be the watchword of this country now. He also leads by example because you can’t see him acting contrary to what he says.

“Then we have Osinbajo, who is going about, physically planting all these policies everywhere. So, if you say Buhari is not everywhere all the time, the president and the vice-president constitutes the presidency.