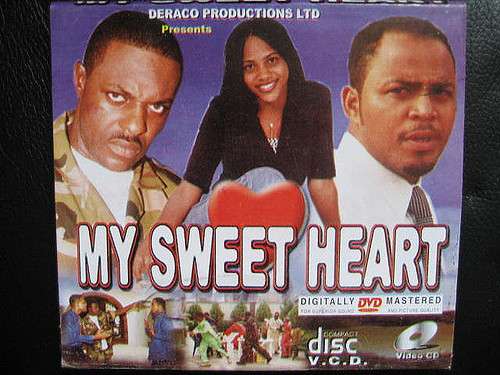 From Chinelo Ndigwe to Mary Okolo, here are 10 actors only a true fan of Nollywood will remember.

There are several unconcerned Nollywood fans who remember the days of Sandra Achums, Regina Askia, Pat Attah and Susan Patrick.

The above-mentioned Nollywood actors were popular names in the 90s, and are are still recognizable, even by casual fans of the Nigerian movie industry.

But there are quite a number of actors from the 90s and early 2000s that only true fans will remember.

So take a look at this list and see if you remember any of them:

The actor featured in films such as “Last Burial,” “Coronation” and “All I Ever Wanted.”

He was popular for his roles as a church priest.

Anyiam featured in movies like “The Prince,” “The Outsider,” “I have a Dream,” ” Sister’s Faith,” among others.

One of the best villains in Nollywood movies, Okoro featured in movies such as “Take me to  Mama,” “When God Says Yes,” “My Sweetheart,” “His Majesty,” “Circle of Tears” among others.

Sharing credits with legends such as Richard Mofe Damijo, Kanayo O Kanayo and Ramsey Nouah, Okolo featured in movies such as “Danger Signal,” “My Woman,” “Bad Apple,” “My Sweetheart” among others.

The actress is most popular for her role in the classic 1992 movie, “Glamour Girls.” Her other movies include “Died Wretched,” “Late Marriage,” “Goodbye New York” among others.

The late wife of Nollywood veteran, Emeka Ossai, Jennifer Ossai featured in classic movies such as “Living in Bondage,” “Strange Woman,” “True Confession” among others.

She starred in movies such as “Obstacles,” “Onome,” “Thunder Bolt” and “Saving Alero.”

She recently made a comeback in the popular Africa Magic TV series, “Hush.”

The actress is married to popular filmmaker Tharila Thompson [Elonel].

She starred in movies such as  “Against All Odds,” “Taking Chances,” “Unexpected Mission,” sharing credits with actors such as Ramsey Nouah, Eucharia Anunobi and Jim Iyke.

Once a second runner-up in the Most Beautiful Girl in Nigeria pageant, the Brazilian-Nigerian actress was popular for her lesbian role in the hit movie “Domitila.”

Her other movies include “Abuja Connections,” “The One I Love,” “Sisters on the Run” among others.

Chinelo Ndigwe starred in movies such as “My Woman,” “Ukwa,” “Royal Doom,” “After Dawn,” “Love from Above” among others.

Which of these actors do you remember?