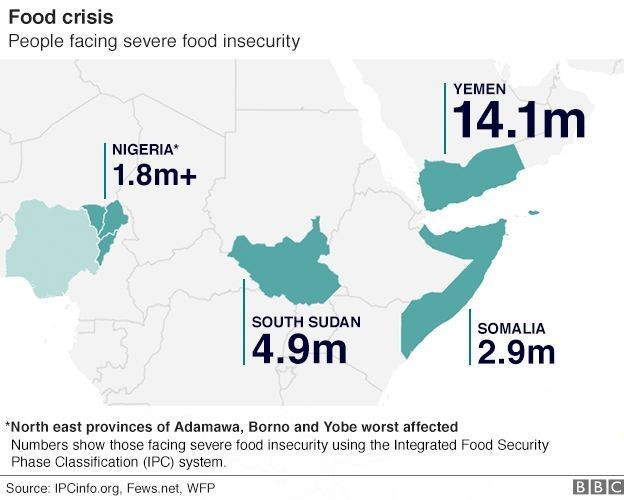 The UN says it is doing everything possible to avert further deterioration of the food crisis by victims of Boko Haram crisis in the North East.

Mr Farhan Haq, Deputy Spokesman for the Secretary-General, stated this at a press briefing on Monday in New York.

According to the Norwegian Refugee Council, the food crisis in the northeast is going to deteriorate between now and the end of August, if there is no any action to prevent that.

The deputy spokesman said “we have raised attention, as you know, including at the level of the Secretary‑General, to the food crisis there.

“We have been trying to get humanitarian contributions to Nigeria.

“As you know there are four countries – Nigeria, South Sudan, Yemen and Somalia.

“We have tried to get more assistance to areas in need so that there is no food crisis, and we will continue with that,” said.

Haq said, however, that the UN had no specific deadline to get the funding for the food supplies in the northeast.

“This is something that we and the various agencies of the UN system have been pursuing and will continue to pursue until the material conditions on the ground improve,” he said.

The fund was approved through the U.S. Agency for International Development and the project would be carried out by the World Food Programme.