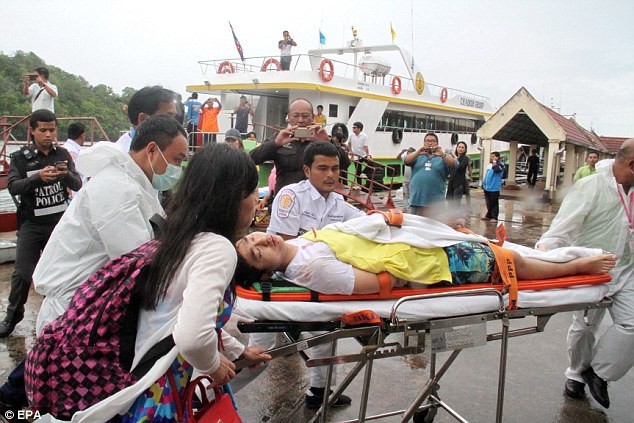 At least, eight people including a toddler died after a speedboat capsized off the coast of Borneo, Southeast Asia on Tuesday (July 25th).

The boat – carrying 51 people – capsized outside a busy Indonesian port. Witnesses said passengers jumped into the water without life vests, while others on board were feared to be trapped inside the boat.

Spokesman of the local search and rescue agency, Octavianto, said , “The boat had only been sailing for about 10 minutes when it was hit by a wave. It started to tilt and capsized, when it was still very close to the port.”

”Eight people including a two-year-old child have been found dead, while 22 other people – including a German man and woman – were rescued alive and taken to hospital for treatment,” he said.

Navy personnel have been dispatched to search for the remaining passengers, said Octavianto. However, passenger manifests in the region hardly have record of all passengers on board.

“Witnesses said the sea was quiet when the boat capsized so I don’t think the accident was due to rough seas,” said Octavianto.

“However the port was very busy and the boat traffic was quite high at that time, which may have triggered the waves.”