Wike doesn’t know how to speak English, he is poorly dressed and he is a thug- Rotimi Amaechi 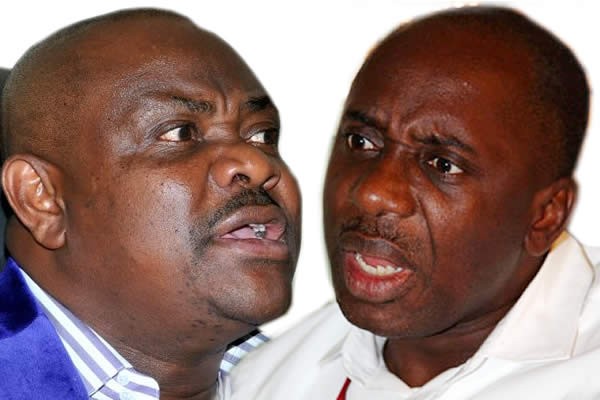 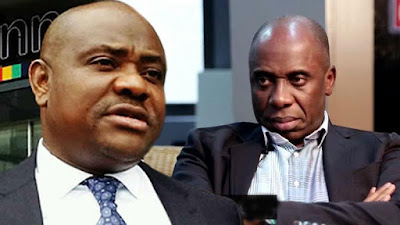 The cold war between Minister of Transport and former Rivers state governor, Rotimi Amaechi and his successor, Nyesom Wike, has taken a new twist as both men are about to attack their wives verbally. It all started with Wike who yesterday alleged that each commissioner and local government chairman in Rivers State paid Amaechi’s wife, Judith, the sum of N3m and N2m monthly while he was in office.

Amaechi who is in Kaduna state for the commissioning of the state’s Inland dry port, spoke with newsmen and stated that the allegations were false.
According to him, Wike doesn’t know how to speak English, he is poorly dressed and is a thug

“By accident of Goodluck Jonathan, I don’t want to attribute it to God but by the accident of Jonathan, the man takes office and talks rubbish. My wife and family including my younger brothers and sisters, no one had access to government when I was governor. Even as minister, nobody will have such because it is not a family business. It is government business. But the problem with Nyesom Wike, and I want you to state this if he doesn’t shut up his mouth and do his work, I will bring his wife to the focus. You see I’ve been very matured not to talk about his wife. But if Wike does not close his mouth and talk about my wife anymore, I will bring out his wife. My wife will never do such. We don’t do family business. I care about transparency. My wife is a trader. She buys and sells and Wike knows that.”

“The man who says he has about $50m in Lagos and could no prove it is the same man you believe. The man who said I didn’t pay salaries until I left office and now he is saying no, it is pensioners that I didn’t pay. Do you believe such a man? Do you think such a man is well? You believe Nyesom Wike is well? First, he doesn’t know how to speak English, he is poorly dressed, he is a thug, and you bring me to focus with that kind of a man?”he said