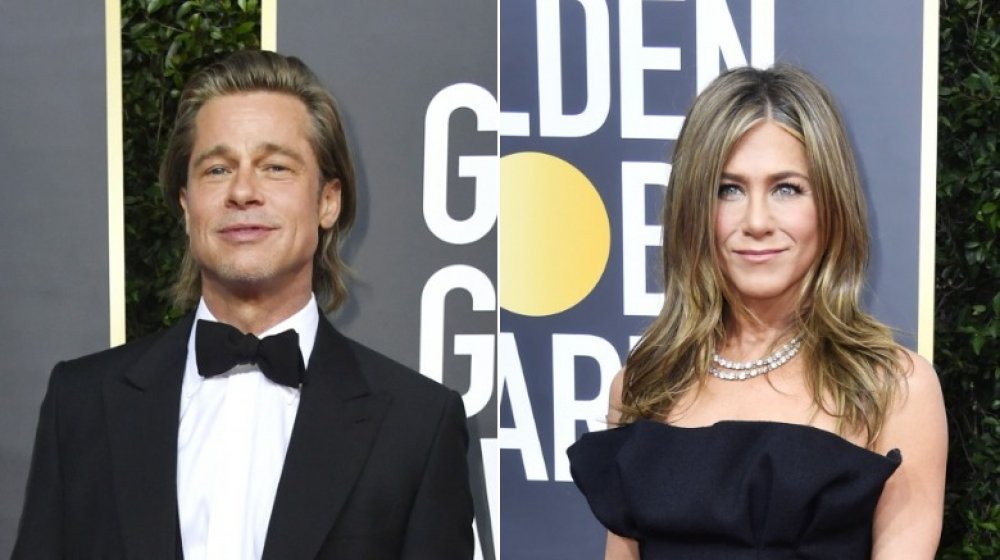 When Pitt took the stage to accept the award for best-supporting actor in a motion picture, thanks to his role in Quentin Tarantino’s Once Upon a Time in Hollywood, he delivered a light-hearted speech that included a few jokes that made the crowd laugh, including Aniston. While poking fun at himself and his co-star Leonardo DiCaprio, Pitt also mentioned that he wanted to bring his mother as his date to the event. However, he decided that it wasn’t a good idea due to the fact that the tabloids would make up silly stories about them dating. As Pitt joked about dating in the spotlight, the Golden Globes cameras shifted to Aniston.

What did she do? Roll her eyes? Sip some water? Look on awkwardly? Nope, nope, and nope.

Aniston looked on with an adorable smile — like, a Rachel-looking-at-Ross-style-smile — that we are most certainly reading far too much into but we don’t even care. C’mon, now, once upon a time in Hollywood…