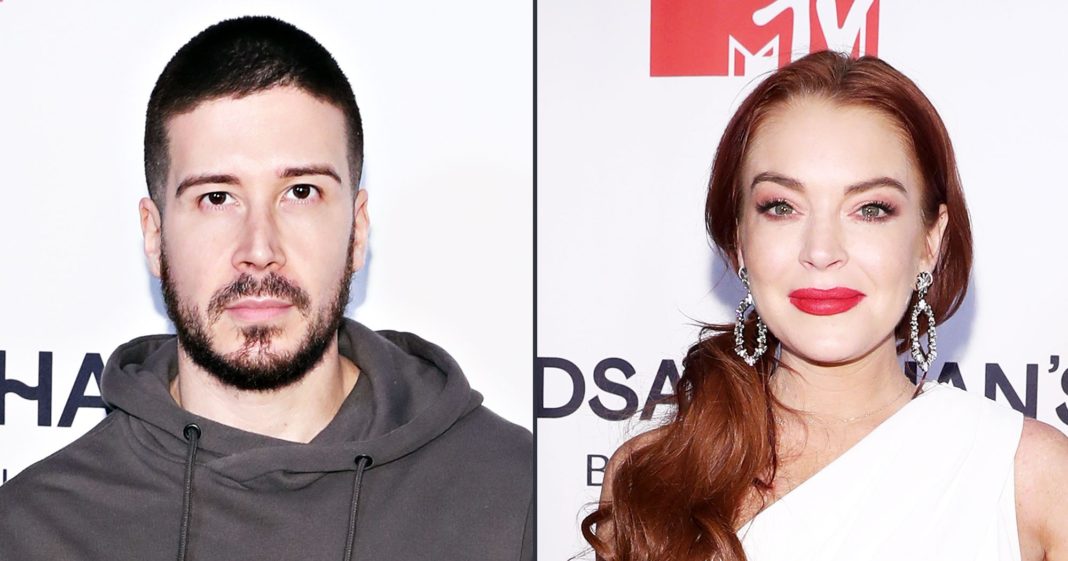 That’s not how you get a photo in Mykonos, bitch! Vinny Guadagnino claimed Lindsay Lohan blew him off at the premiere of her new reality show, Lindsay Lohan’s Beach Club, on Monday, January 7.

“Don’t f—king ‘one minute’ me,“ he added. “Like I’ve one minuted people before I know what ‘one min’ means.”

Guadagnino, who was quoting Lohan’s Mykonos catchphrase throughout the party, then joked: “So I didn’t get the picture with her, so that’s how you get denied for a picture by Lindsay Lohan in Mykonos, bitch.”

Lohan, 32, opened up exclusively to Us Weekly about the new series at Monday night’s premiere, admitting that she was nervous about starting her latest venture.

“Well, it’s always what people are going to say about it. It’s a risk I was willing to take. And also what all the VIP hosts were going to be like because I wasn’t ready for it yet,” the actress told Us.

She added: “I never really cared about who’s rooting against me. I know I’m a strong person.”