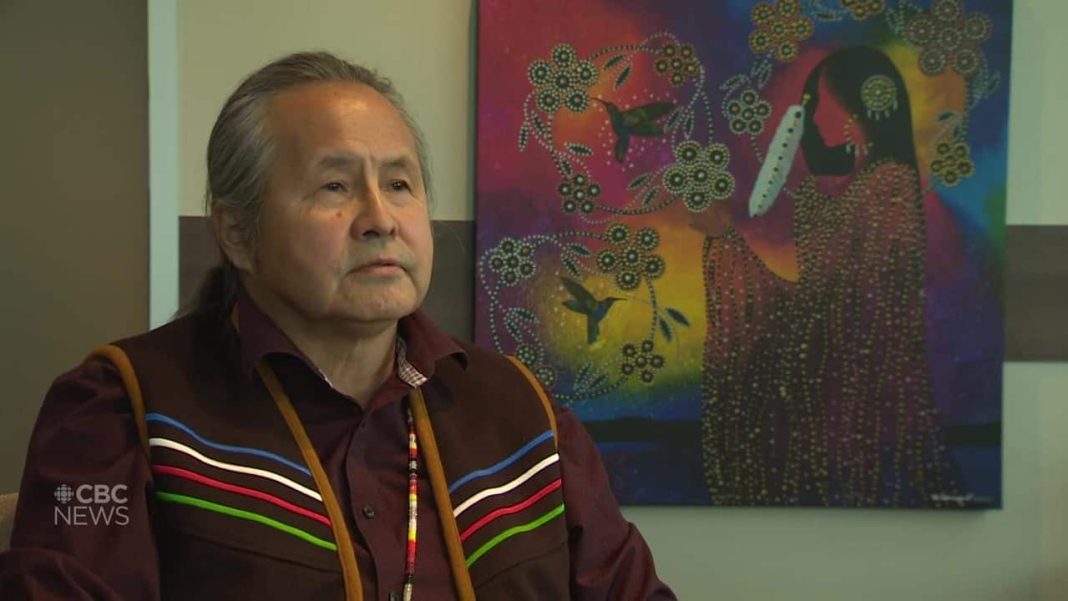 The Vatican and the Canadian Conference of Catholic Bishops (CCCB) made a “misstep” in planning for the Pope’s visit by failing to work closely with the Assembly of First Nations (AFN) on the details of the upcoming trip, says the regional chief who led the AFN delegation to Rome.

Gerald Antoine, the AFN regional chief for the Northwest Territories, said he raised the issue with Edmonton Archbishop Richard Smith during a meeting last week.

“We called them on it,” said Antoine, who is also the Dene national chief.

“There’s a real, great opportunity for us to do things in the right way … We need to have everything on the table.” 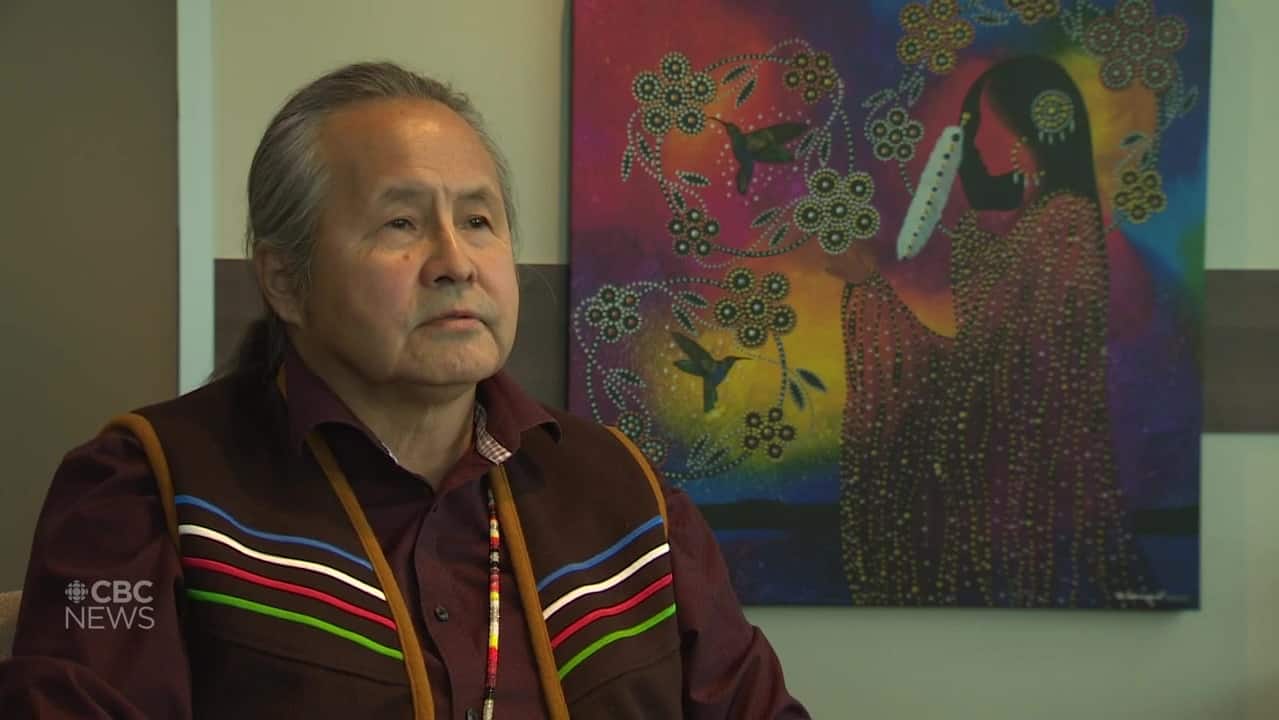 Gerald Antoine, Assembly of First Nations Northwest Territories regional chief and Dene national chief, describes what it’s been like to work with Roman Catholic Church officials on planning the upcoming visit by Pope Francis to Canada. 0:25

“This is our home and this is our family and they need to work with the family,” Antoine said.

Pope Francis is expected to visit Quebec City, Edmonton and Iqaluit during a late July trip to Canada, according to sources involved in the plans who weren’t authorized to speak publicly.

Anotine said he’s asked the CCCB and Vatican officials for their requirements for confirming the details of the papal visit, but hasn’t received clarity.

“We’d like to see that this visit is fulfilled in the way that our former students of the Indian residential schools need it to happen,” Antoine said.

Tk’emlúps te Secwépemc First Nation Kúkpi7 (Chief) Rosanne Casimir said she has not yet heard back from the CCCB or the Vatican after hand-delivering an invitation to Pope Francis during the AFN’s private two-hour meeting with the pontiff on March 31 at the Vatican.

“My hope is that he visits a community within Canada that has been impacted by unmarked graves,” Casimir said.

“It would be an absolute travesty if he didn’t.”

Tk’emlúps te Secwépemc launched a reckoning on reconciliation in Canada last May when it announced the discovery of what are believed to be the unmarked graves of children.

The suspected burials are located near the former Kamloops Indian Residential School, which was run by the Catholic Church and was Canada’s largest residential school at one point with 500 students in attendance at its peak.

Several other First Nations followed with their own announcements; many used ground-penetrating radar in their searches.

“It would be extremely meaningful if he did visit here in Tk’emlúps te Secwépemc because of how many communities that have been impacted in British Columbia,” Casimir said.

“Wherever the Pope does come in Canada, we want to make sure that we have an opportunity to bring as many of our survivor, intergenerational survivors, and our grandchildren, our great-grandchildren to be able to come and visit this papal visit.”

In a statement to CBC News, the CCCB said it is committed to working closely with Indigenous leaders and communities to ensure the upcoming papal visit is a “significant milestone on the healing and reconciliation journey.”

The CCCB said that when Pope Francis addressed Canadian bishops at the Vatican, he encouraged them to work with Indigenous partners on a “renewed, fruitful path, where encounters and shared projects will be of great help.”

“We remain committed to this process and look forward to continued work with the Assembly of First Nations and Indigenous partners at the local and national level,” the statement said.

The Pope initially announced he would visit Canada during a final Vatican meeting with First Nations, Inuit and Métis delegates on April 1. During that meeting, he apologized for the deplorable conduct of some church members at residential schools.

“I will be happy to benefit again from meeting you when I visit your native lands, where your families live,” Pope Francis said.

The Pope concluded his remarks by saying, “until we meet again in Canada, where I will be able better to express to you my closeness.”

At that moment, Antoine said he felt that progress had been made.

“This is something really profound,” Antoine said. “We all look forward to having Pope Francis come and visit us and our family.”

Trip by Pope Francis a ‘completion of the apology’

Although the partial papal apology was historic, the Pope still hasn’t fulfilled the Truth and Reconciliation Commission’s (TRC) call to action 58.

That section of the TRC’s report calls on the Pope to issue an apology in Canada to survivors, their families and communities for the church’s role in the spiritual, cultural, emotional, physical and sexual abuse of First Nations, Inuit and Métis children in Catholic-run residential schools.

Antoine said the papal visit is a follow-up to the delegation’s trip to the Vatican.

“This is just a completion of the apology, also for justice and restitution,” Antoine said. 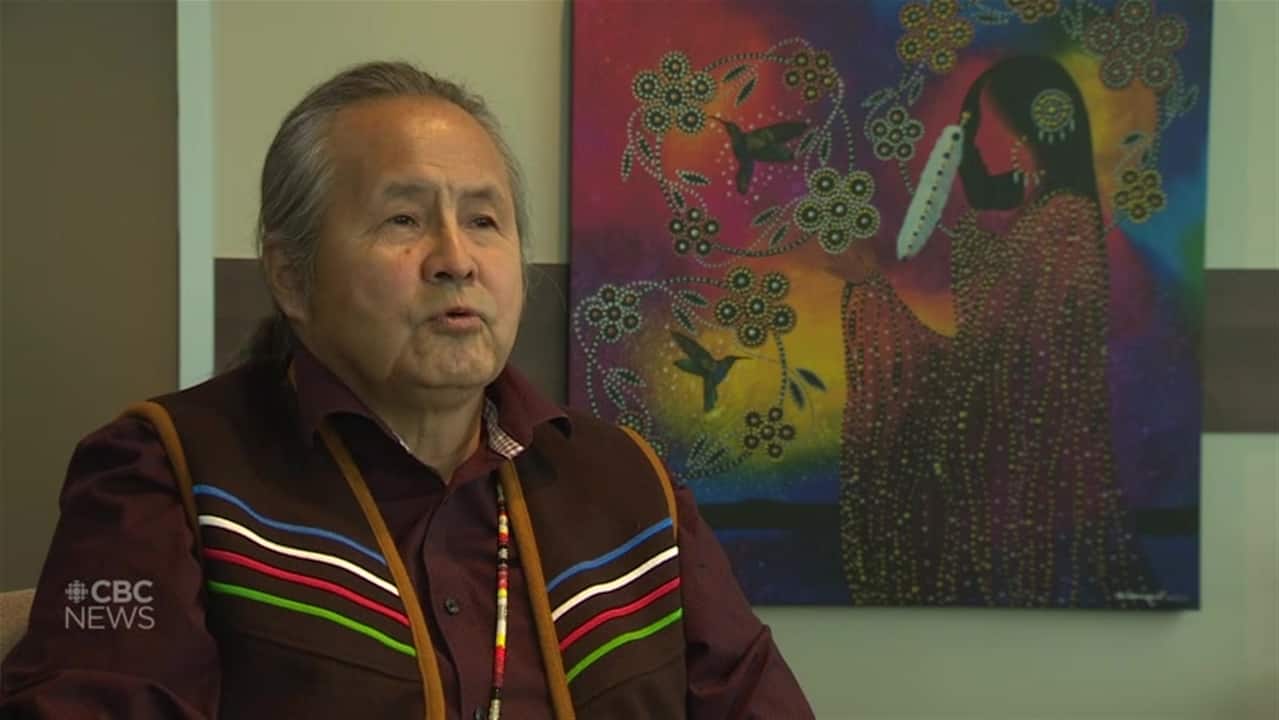 Gerald Antoine on papal visit: ‘Work with us’

Gerald Antoine, Assembly of First Nations Northwest Territories regional chief and Dene national chief, explains what the AFN would like to see from the upcoming papal visit. 0:48

Antoine also noted the planning process for the Pope’s trip is different from Pope John Paul II’s 1987 visit. He said he was involved in organizing that 12-day tour of Canada.

“The Pope [John Paul II] had said, ‘Get your people to work with my people,’ and we did and we made it happen,” Anotine said.

“However, this time … the Pope’s people need to work with our people to make it happen.”

Pope to visit a ‘targeted group of communities’

Former AFN national chief Phil Fontaine is calling for the church to put Winnipeg on the Pope’s agenda because it has the largest Indigenous population of any urban centre in Canada and is home to the first cathedral in Western Canada, St. Boniface.

“There are others that hope that he will go to Kamloops or to Ermineskin [Cree Nation],” Fontaine said. “It’s anyone’s guess at this point.”

The CCCB said Pope Francis heard a range of requests to visit different sites across Canada when he met delegates at the Vatican.

“Given the Holy Father’s advanced age and the size of Canada, we know that the visit will take place in a targeted group of communities,” a CCCB spokesperson said.

“However, we are committed to ensuring Indigenous representatives and survivors from across the country have the opportunity to participate and will ensure that programming is directly responsive to the recommendations and advice we receive.”

The CCCB said the locations and programming details have not been finalized or confirmed.

The Vatican will make the final decision, which is expected to be released soon.