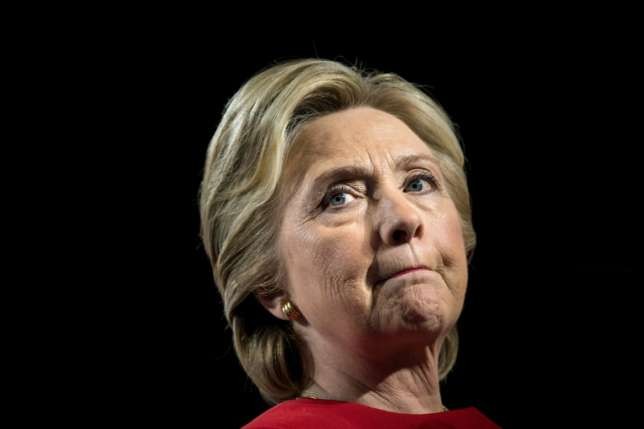 The US Justice Department says it has asked prosecutors to examine alleged misconduct at the Clinton Foundation and the controversial Obama-era sale of a uranium firm to Russia, and whether a special counsel might be needed to investigate.

The US Justice Department says it has asked prosecutors to examine alleged misconduct at the Clinton Foundation and the controversial Obama-era sale of a uranium firm to Russia, and whether a special counsel might be needed to investigate.

The move, disclosed in a letter to lawmakers, came as Attorney General Jeff Sessions was poised to testify Tuesday about election year contacts between members of the Trump campaign and Russia.

As the former head of the Trump campaign’s foreign policy advisory team, Sessions can expect a tough grilling from Democrats about what he knew about the contacts.

Sessions has previously testified under oath that he had no knowledge of any collusion with the Russians, but a probe by special counsel Robert Mueller has uncovered contacts by lower level campaign advisers.

As the Russia election meddling probe has heated up, US President Donald Trump as well as Republican lawmakers have called for a probe into Hillary Clinton and the sale of a uranium company to Russia under former president Barack Obama.

On Monday, the Justice Department responded to the Republican demands in a letter to House Judiciary Committee chairman Robert Goodlatte, who also will preside over Tuesday’s hearing with Sessions.

Sessions, it said, has directed senior federal prosecutors to evaluate Goodlatte’s request for a special counsel to investigate the uranium sale and “alleged unlawful dealings related to the Clinton Foundation and other matters.”

Republican lawmakers in late October announced they were investigating the 2013 sale of Canadian mining company Uranium One to Russian state-owned company Rosatom, which was approved by former president Barack Obama.

The move gave Rosatom control of 20 percent of US uranium stockpiles, and was decided after Uranium One made several donations to the Clinton Foundation of former president Bill Clinton.

They are also demanding more clarity on how the Federal Bureau of Investigation and the Department of Justice decided during the height of last year’s White House race to not pursue charges against Clinton over her misuse of a personal email server.

The Justice Department letter said the handling of the Clinton email case was under review by the department’s inspector general, and an assessment would be made of what steps should be taken, if any, once it is completed.

Sessions will be treading on delicate ground in his testimony on contacts between Trump campaign aides and Kremlin-linked Russians during the 2016 presidential campaign.

On the one hand, Trump has criticized Sessions as “weak” for recusing himself from the Russia investigation.

Democrats, on the other, want to know if he knew about activities unearthed in Mueller’s investigation.

George Papadopoulos, a campaign foreign policy advisor, told prosecutors he sought to arrange a trip by then-candidate Trump to Russia and told the campaign he was offered “dirt” on Democratic candidate Clinton by Russian contacts.

In addition, recently revealed emails showed that Carter Page, another campaign foreign policy advisor, also sought to arrange a Trump trip to Moscow and indicated to top campaign officials that he had contacts with Russian legislators and senior members of President Vladimir Putin’s administration.

Sessions has downplayed their importance as well as his own role ever since his January 10 confirmation hearing as attorney general.

Asked about allegations of communications and exchanges between the campaign and Russians, he said at the time, “I’m not aware of any of those activities.”

In another hearing on June 13, Sessions said: “I have never met with or had any conversation with any Russians or any foreign officials concerning any type of interference with any campaign or election in the United States. Further, I have no knowledge of any such conversations by anyone connected to the Trump campaign.”

And he again denied any knowledge of such contacts in an October 18 hearing.

“I did not, and I’m not aware of anyone else that did, and I don’t believe it happened.”