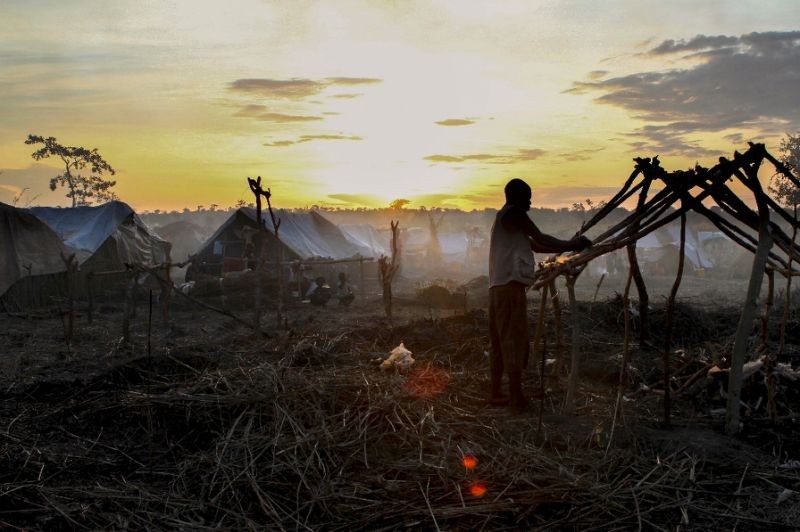 Nigeria’s first lady left for London on Tuesday to join President Muhammadu Buhari, who has been in the British capital receiving treatment for an undisclosed illness.

Aisha Buhari’s office released a brief statement saying she was going to Britain to “spend some time” with her 74-year-old husband.

“Her Excellency will spend some time with her husband President Muhammadu Buhari who is presently on medical vacation,” said a statement, which included photographs of her boarding a plane, dressed in an all-white outfit.

“She (Aisha Buhari) expressed her appreciation to the millions of Nigerians who have been praying for his quick and safe return.”

Buhari left Abuja for London on May 7 for a “follow-up medical consultation” after spending nearly two months in Britain being treated for what he described as one of the worst illnesses of his life.

His health is being watched closely as a previous president, Umaru Musa Yar’Adua, died in office in 2010 after receiving treatment abroad for a longstanding but undisclosed illness.

The Nigerian presidency has insisted that despite Buhari’s sickness there is no political vacuum as Vice-President Yemi Osinbajo had formally been given powers as acting president.

Yet in the weeks that Buhari has been gone there have been several statements from the military rejecting rumours that a coup was being planned.

Most analysts agree a coup is unlikely in Nigeria’s strengthened democracy.

But there are fears that Buhari’s prolonged absence has led to government inertia and that his signature war against corruption is grinding to a halt.