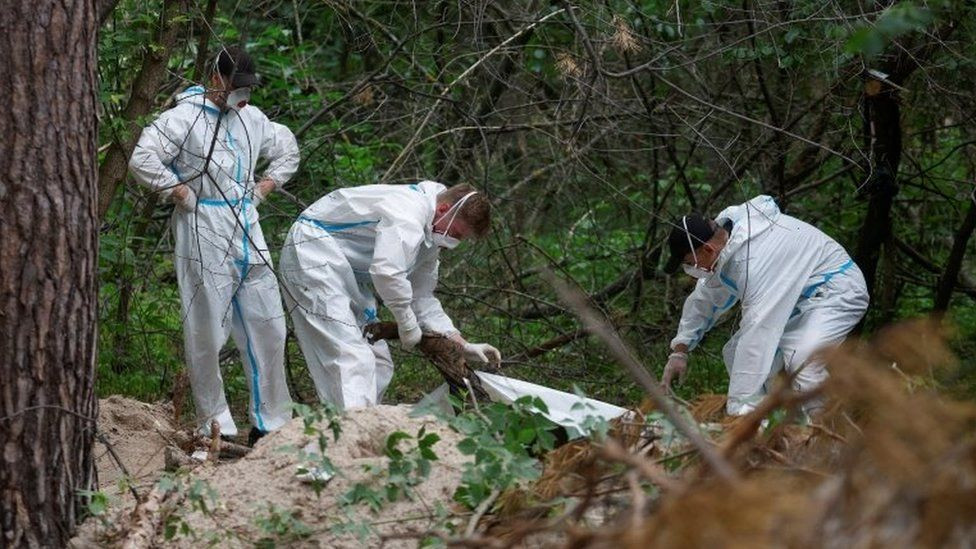 Ukraine says it is investigating more than 21,000 war crimes and crimes of aggression allegedly committed by Russia since the start of its invasion.

Ukraine’s Prosecutor, General Iryna Venediktova said she was receiving reports of between 200 to 300 war crimes a day.

She admitted that many trials would be held in absentia, but stressed that it was “a question of justice” to continue with the prosecutions.

Russia invaded Ukraine on 24 February and has allegedly attacked hospitals, kindergartens, and churches, all war crimes, but the country and even its leader, Vladimir Putin have denied all war crimes allegations.

Speaking to the BBC’s World Service Outside Source program, Ms. Venediktova warned that Russian soldiers who killed, tortured, or raped civilians “should understand that it’s only a question of time when they all will be in court”.

She said that although her team was working in regions across Ukraine, it was unable to investigate all cases “properly and effectively” because of a lack of access to some people and areas especially those in Ukraine’s territories occupied by Russian troops.

In May, Ms Venediktova said that about 600 suspects had already been identified and 80 prosecutions had begun.

The first Russian soldier to be put on trial in Ukraine, Sgt Vadim Shishimarin, was sentenced to life in prison for killing a civilian in May.

Ukraine says it has uncovered multiple mass graves in Bucha, Borodyanka and other towns near the capital Kyiv that were briefly seized by Russian troops.

Meanwhile, the International Criminal Court has described Ukraine as a “crime scene”, dispatching its largest team of detectives ever to the country to assist in multiple investigations.