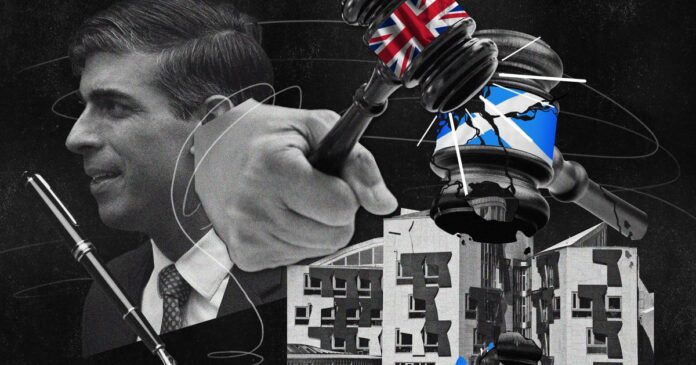 By Terry Paul
January 16, 2023
The UK government has taken the unprecedented step of blocking Scotland’s gender reforms from becoming law.

It is the first time Westminster has used the power since devolution came into being nearly 25 years ago.

It followed advice from government lawyers that the Gender Recognition Reform (Scotland) Bill – which was passed by Holyrood before Christmas – would cut across the UK-wide Equality Act.

In a statement, Jack said: “After thorough and careful consideration of all the relevant advice and the policy implications, I am concerned that this legislation would have an adverse impact on the operation of Great Britain-wide equalities legislation.

“Transgender people who are going through the process to change their legal sex deserve our respect, support, and understanding. My decision today is about the legislation’s consequences for the operation of GB-wide equalities protections and other reserved matters.

“I have not taken this decision lightly. The bill would have a significant impact on, amongst other things, GB-wide equalities matters in Scotland, England, and Wales. I have concluded, therefore, that this is the necessary and correct course of action.”