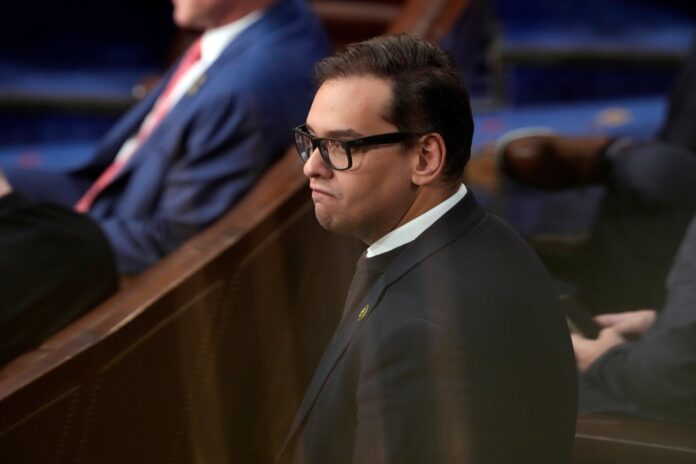 New York Democratic Reps. Dan Goldman and Ritchie Torres on Sunday asked House GOP leaders to disclose what they knew about the extent of newly elected Rep. George Santos’s (R-N.Y.) lies, including about his education and employment record.

In a letter addressed to House Speaker Kevin McCarthy (R-Calif.); Rep. Elise Stefanik (R-N.Y.), chair of the House Republican Conference; and Dan Conston, who heads the Congressional Leadership Fund PAC, the two Democrats demanded they “proactively and forthrightly cooperate” with current and future probes into Santos.

“It is one thing for a candidate such as Mr. Santos to induce voters to support him based on a web of lies,” the lawmakers wrote. “But it is altogether something else if the top levels of Republican leadership knew about Mr. Santos’s lies during the campaign and chose to be complicit.”

Santos admitted following his election victory in November that he lied about his background. Goldman and Torres cited reports in The New York Times and New York Post that some top GOP aides were alerted to Santos’s fabrications prior to his election.

The Times said a Santos campaign “vulnerability study” revealed lies about his academic record, his involvement with a company that was part of a Ponzi scheme, and multiple evictions, the Times reported. Several campaign staffers quit following the study’s results.

A top aide to Stefanik helped Santos find new consultants early in 2022, according to the report. A GOP donor also reportedly expressed concerns about Santos to associates of Stefanik. Stefanik, one of Santos’s top supporters during the race, has not commented.

“In order for the Ethics Committee to conduct a thorough investigation, and for Congress to ensure its members follow the law, it is imperative that Ms. Stefanik shares with the Ethics Committee and the public everything that she and her top aide knew about Mr. Santos’s web of deceit,” Goldman and Torres wrote in their letter.

Conston, who is close to McCarthy, also reportedly raised questions about Santos to lawmakers and staff, the Times reported.

The New York Post reported that senior House GOP members knew about Santos’ lies and that the topic had become “a running joke.”

Goldman and Torres implored McCarthy to “be transparent about your knowledge of Mr. Santos’s web of lies. The American people deserve nothing less than the complete truth.”

While a growing number of Republicans have called on Santos to resign, McCarthy has resisted. Santos supported his bid for speaker.

Santos last month described his extensive lies as an embellishment of his record. He said he’d quit only if the 142,000 people who voted for him called on him to step down.

Goldman and Torres have filed a complaint with the House Ethics Committee, alleging Santos violated federal ethics laws. The two New York Democrats on Thursday introduced the SANTOS Act, which threatens to punish congressional candidates who knowingly lie on their resumés with jail time and fines.

Another complaint filed with the Federal Election Commission last week claims Santos used his 2022 campaign funds to pay for personal expenses, among other things.