Ugandan pastor who sets thousands of Holy Bibles ablaze for misleading his members, has been sued 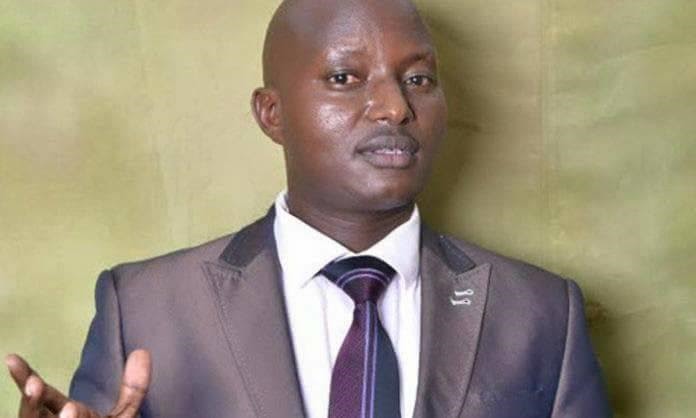 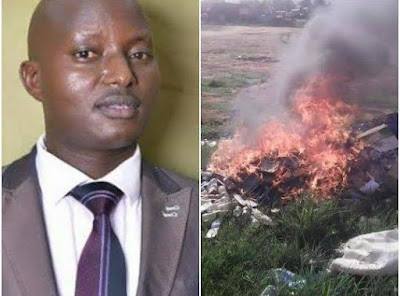 Recall in April, we reported the news of Pastor Aloysius Bugingo of House of Prayer Ministries in Uganda, who allegedly burnt thousands of holy bible in his claims that they were misleading his members. See photos here
Now a lawsuit has been filed against him in Nabweru court for violating Christian’s freedom of worship by burning several versions of the Holy Bible.
In the lawsuit, some pastors representing over 200 Christians are seeking a court declaration that Bugingo’s acts or omissions of burning and destroying the Holy Bibles are illegal and unlawful, as it injures their religious feelings.
The pastors also contend that Bugingo’s actions are an attack and insult to all Christians who believe in the Bible.
They want the court to issue a permanent injunction, restraining Bugingo and his servants from further burning and destroying Bibles of several versions and making utterances, speeches, sermons or statements concerning the Holy Bible in a way that attacks, violets or insults their faith or religion.
The pastors also want the court to award them damages at a rate of 25 percent from the date of judgment until payment is done and costs of the suit.
In the court document sighted by New Vision, it was stated that on April 4, 2016 (Easter Sunday), Bugingo collected or gathered several Holy Bibles of different versions, translations, and languages with the word Holy Ghost or missing scriptures and advised his flock or followers who are ‘not strong’  to burn or destroy it.
Nabweru court chief magistrate, Esther Nasambu who will preside over the case, has given Bugingo 15 days to file his defence on allegations of violating Christian’s freedom of worship by burning several versions of the Holy Bible.
Share
Facebook
Twitter
WhatsApp
Pinterest
Linkedin
ReddIt
Email
Print
Tumblr
Telegram
Mix
VK
Digg
LINE
Viber
Naver
Previous articlePhotographer sues Kendall and Kylie Jenner over Tupac photos used in their T-Shirt line
Next articleBN Living: We ? Erioluwa’s 1st Birthday Photos & her Mum’s Sweet Message!