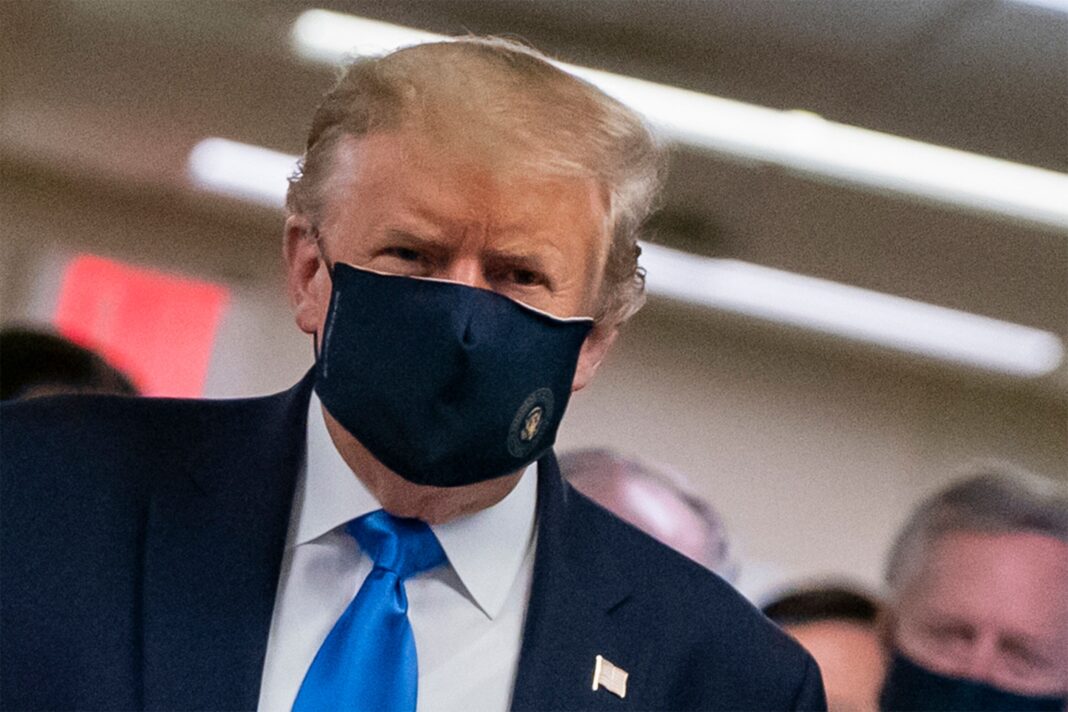 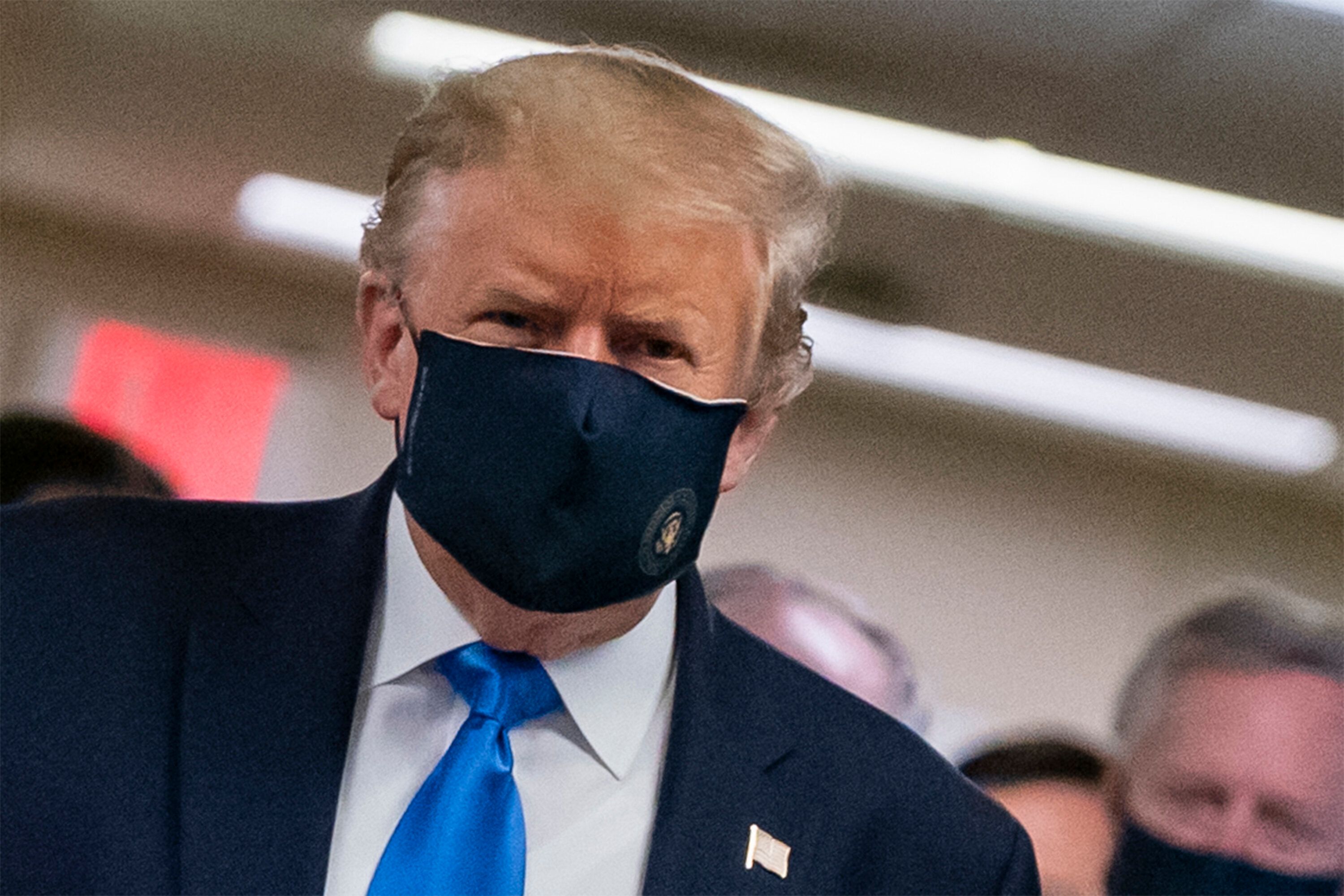 You’d think President Donald Trump had just discovered a medical cure the way his campaign team figuratively fainted at his feet on Saturday. But no, he was just finally wearing a face mask during a visit to the Walter Reed National Military Medical Center — months after just about everybody else in the world.

Jason Miller, Trump campaign senior adviser, crowed in a tweet that Democratic presidential candidate Joe Biden is now “finished,” alongside a photo of the masked president.

It wasn’t clear why; Biden has been wearing a mask pretty much all along.

What a surreal alternate universe you inhabit.

In an echo of Miller, Boris Epshteyn, “strategic adviser for the coalition” to the Trump campaign, piped up: “Goodnight, Joe Biden.”

Trump campaign Communications Director Erin Perrine weighed in, too. She retweeted a comment about Trump looking “badass” in a mask from a New York Post reporter.

The Trump team tweets may have been part of a strategy to give the president lots of positive feedback to encourage him to wear a mask again. Aides and Republican lawmakers reportedly have been pleading with Trump to wear a mask for weeks, as COVID-19 cases have skyrocketed across the country, leaving nearly 135,000 people dead.

In May, voters were ordered to remove their masks before a roundtable in Iowa with Vice President Mike Pence — just hours after Pence had been exposed to an aide who had just tested positive for COVID-19.

Three weeks after Trump invited thousands of supporters to an indoor campaign rally in Tulsa, Oklahoma, the number of new single-day coronavirus cases broke records in the state twice last week. At the rally, Trump did not wear a mask, nor did he encourage others to do so.